Illegal Things: When it comes to the internet there are a lot of things you can do clearly the internet has changed the revolution by providing many facilities online, but what if I told you that there are few other things apart from Facebook, Gmail, and Twitter. Yes, you can do some illegal things on the internet without any fear of getting caught. But these things are not much popular and some of them are still unrecognizable by most of the daily based internet users.

Top 10 illegal Things People Do On The Internet That Should Be Punishable.

Did you ever notice some unusual activity during your skype conversations? When someone is more focused on their cam and still moving for some reason and trying to talk to you as they’re interested. That’s when you’re getting recorded. Sharing this recorded conversation on the internet can be threatful and scary but you can do that and also may get away with it.

We all visit youtube every day and suffer from watching those lame ads and waiting for the video to play. But now you can install AD-blocker extensions and skip those ads automatically. Not only youtube this method works with all the websites and even Google ads. But most of the people are annoyed these days because these ad-blockers are causing less performance speed in chrome.

3. Being An Active User Of eBay Without Declaring The Income

Most of the people use eBay for selling and for purchasing purpose, but few make it as their profession to sell things and purchase. When this activity goes on regularly you are basically earning money by just visiting a site and you think don’t need to pay any tax? Well if you’re earning loads of money and made it as your profession then you should pay your taxes if not you’re gonna get in trouble by the tax department.

What most of the Netflix users think is, by sharing their account’s password to their friends and family they save money of other subscription. But they’re wrong and they will end up waking up in prison if they do so.

Also Read: Top 10 Best Android File Managers You Should Use

Facebook is a very famous social networking site and it is at the tip of everyone’s tongue. When a user is creating facebook account he/she must go through the terms of conditions. But it is a big joke these days hardly anyone reads them. Most of the kids who are below 13 create a facebook id by giving the wrong information which is illegal.

Most of the users are always concerned about their IP addresses and they do every possible thing to hide them. but the problem is that when you’re trying to hide is or mask it you are doing nothing wrong in fact it is not illegal and there is no law that says it is. But when you’re changing or falsely entering the same will take you to jail and pay some huge fines.

It is completely wrong and not acceptable if you’re using someone’s unsecured Wi-Fi without their permission. But most of the users do not care about the consequences and walk away when done with the Wi-Fi. But under the Computer Fraud and Abuse Act, doing this could be considered as theft. So then ext time you’re on someone’s Wi-Fi watch your back.

Social media is one of the main platforms for cyberbullying. According to Title 18, Section 875, Subsection C of the United States Penal Code “Whoever transmits in interstate or foreign commerce any communication containing any threat to kidnap any person or any threat to injure the person of another, shall be fined under this title or imprisoned not more than five years, or both.”

We all download things which we already know that are illegal. What if I say you that you are getting yourself into trouble by downloading those images trending on famous stock photography websites. All those images are copyrighted and still available to download.

If you’re planning to create a website to earn by clicks like a spam and you’re using a major company’s domain then you may find yourself in court. Think before doing any such activity. because you will get sued and you got to defend yourself in court for your activities.

All the above activities are illegal by law but yet we all do it. The next time you’re trying to do something from above list be careful. 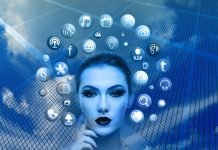 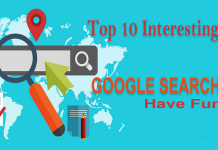 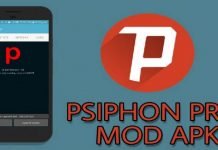