Entertainment is very important for everyone’s life. Watching movies is a part of the entertainment. There are many movies which inspire us. Some movies are based on hacking and there are many peoples who are interested in hacking. Hacking can be sometimes very useful, but you should not use to harm anyone. You can do hacking for fun with your friends.

Below are the Top 10 movies which are based on hacking. You can watch these movies now and enjoy. These movies will not teach you the exact extend methods of hacking, but watch it for excitement and get some knowledge on hacking.

He leading actor of this movie is Chris Hemsworth. The story revolves around the hackers hack Chinese nuclear power plant to commence the nuclear reaction. At the same time, they also hack the stock exchange and also rob millions of dollars from Bank. Blackhat is also one of the Best hacking Movies but people has criticise this movie because there was not showing any hacking process within the movie but still this is one of the popular hacking movies.

This movie includes a serial murderer. He prepares the machine to murder his sufferers. The murders are based on the total of strike arrived by a website KillWithMe.com. This site contains a live streaming video of the sufferer, this hacking movies comes in the list of popular hacking movies because of its users rating.

Another one of the Popular Hacking Movies is Fifth Estate. This movie is the unofficial description of Assange and WikiLeaks. Benedict Cumberbatch played the role of a self-centered and optimist who wanted to revolutionize the globe. Some people thought that he is the hacker of the country of Australia. He busted keen on the Pentagon, Citibank, NASA, and Stanford University, among other services and then was trapped.

This movie is based on supercomputer hacking on all system and martial system. Two people get a call from a mysterious lady who tells them that they (the two persons) will die if they don’t follow the lady’s order. Viewers have given more stars on this movie and become one of the Best hacking Movies.

It is the fourth part of the Die Hard movie. It portrays a set-up where a hacker humiliate almost the whole U.S. the hacker role is played by Matt Farrell. He plans to transport trillions of dollars from the Federal Reserve to his Bank account. This movie has been watched by many people, the son of John McClane; Matt Farrell was hacker and people noticed how he hacked into the GPS and tracked several servers, people’s choice: 2017 Hacking Movies.

It is a redesign of 1969’s The Italian Job. Lyle role is played by Seth Green who is a hacker. His role is placed with some group of thieves who influence the traffic signal and achieve to do big robberies.

This movie is also called Trackdown. It is a B-grade movie based on infamous U.S. hacker, Kevin Mitnick. It is fiction and awareness story. It is taken from the book and written by his nemesis, Tsutomu Shimomura. The movie revolves around the story of Shimomura.

It is a science fiction movie. This is the most popular and hit movie. A role ‘Neo’ is in the movie who is a hacker. The Matrix authorization is a trilogy movie series. Neo was the leading character in hacking and the movie also rated as 2017 Hacking Movies, though it was not launched in 2017 but still people are watching in 2017 and came in the list of Best hacking Movies and Best hacking Movies in some countries.

[su_animate type=”bounceIn” delay=”1″] [su_note] Related: There Are 7 Hidden Games Which You Can Play In Google Right Now [/su_note] [/su_animate]

David Lightman (Broderick) played the main role in this movie. His role was based on a little high school student. He by mistake hacks into a martial supercomputer and begin the countdown to World War III.

These, are the top 10 2017 Hacking Movies to watch. You can watch these movies now, but only if you like the field of hacking. Movies like hacking related to way more fun to watch when the viewer is interested on hacking pentesting stuff. Watch the movies and rate the article like that! Don’t forget to watch iBoy 2017 release. 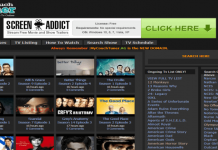 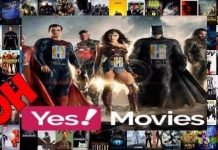