We all need money and sometimes we just think too far to make money. Have you ever imagined what if you could print a ton of money as Currency Notes and spent it on all those things you dreamed of? Well, we all have planned this somewhere in past. Here are few things you should know. These are the following things and consequences you will face if you try to do so.

This is a picture of a bill which you might think is just another normal paper. Well, you’re wrong every country prepare’s the currency with the different type of papers. And also there is a security thread embedded into it. Which is why you can’t make another copy of it.

You might think there is no pattern in making of currency notes, Well guess what there are many, Different countries keep different pattern or an identifiable image which can be seen by transmitted light. Basically, these watermarks are of presidents, emblems etc. So there is no chance of getting those until you have access to any head central bank.

Also if you can bypass all the above steps, Bad luck for the person because there is a security symbol present on all currencies. This will never let anyone make another copy of an original note. Even when some tries to make a replica then the Eurion Constellation will identify and show an error message indicating photocopy cannot be performed. This is present in the following countries Euro, US Dollar, Swedish Krona, UK Pound

A new technology named Counterfeit Deterrence System (CDS) is being used by the copiers which are very good and secret that no one can know about it also there are rumors that Eurion Constellation can be a part of it.

Also, you cannot edit the banknotes because of Counterfeit Deterrence System (CDS) neither you can copy them. Even the high-end software like adobe photoshop will identify the security features in the new images and will refuse to edit.

10 Reasons Why Windows PCs Are Better Than Macs 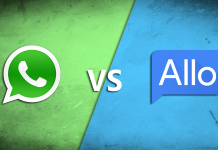 Top Reasons Why Google Allo Is Better Than WhatsApp 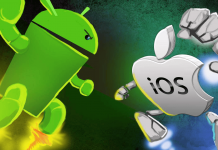 5 Reasons Why iOS Is Better Compared to Android