Smartphones Launched September 2016, this month is the month of new smartphones. We got to know about Samsung’s comeback from explosion reports and we witnessed Apple’s iPhone 7 and iPhone 7 plus. Here is the list of 5 smartphones launched this week.

From recent news Lenovo first decided to invite press for an event on September 22 in India. This event was about the launch of the all-new Z2 Plus smartphone. 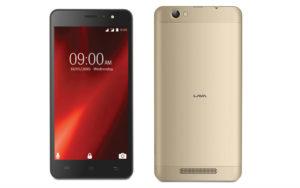 It is being said that this smartphone from Panasonic is a budget VoLTE smartphone. Since India is growing in 4G smartphone market share. Panasonic has decided to launch a budget smartphone with VoLTE feature. This smartphone is packed with dual-SIM slots and it features a 5-inch HD display, 1 GHz Quad-core Processor, 1GB RAM, 8GB internal storage expandable up to 32GB, Android 5.1 Lollipop, 8MP rear camera, 2MP front camera and 2000 mAh battery.

This is possibly the only new smartphone with such a low price, But it doesn’t feature 4G option. This smartphone is priced at Rs 4,199. It features a 5-inch display, dual-SIM, Android 4.4 KitKat, 1.3GHz dual-core processor, 512MB RAM, 5MP rear camera, VGA (0.3MP) front camera, 4GB internal storage expandable up to 32GB and 1850mAh battery.