The well-known whistleblower @yabhishekhd discovered a strange Samsung model this week. The model is SGH-N378. Because of the Adreno 619 GPU, we can think that it will come with the Qualcomm Snapdragon 750G 5G chip. There is also a 6GB memory and Android 11 system out of the box. 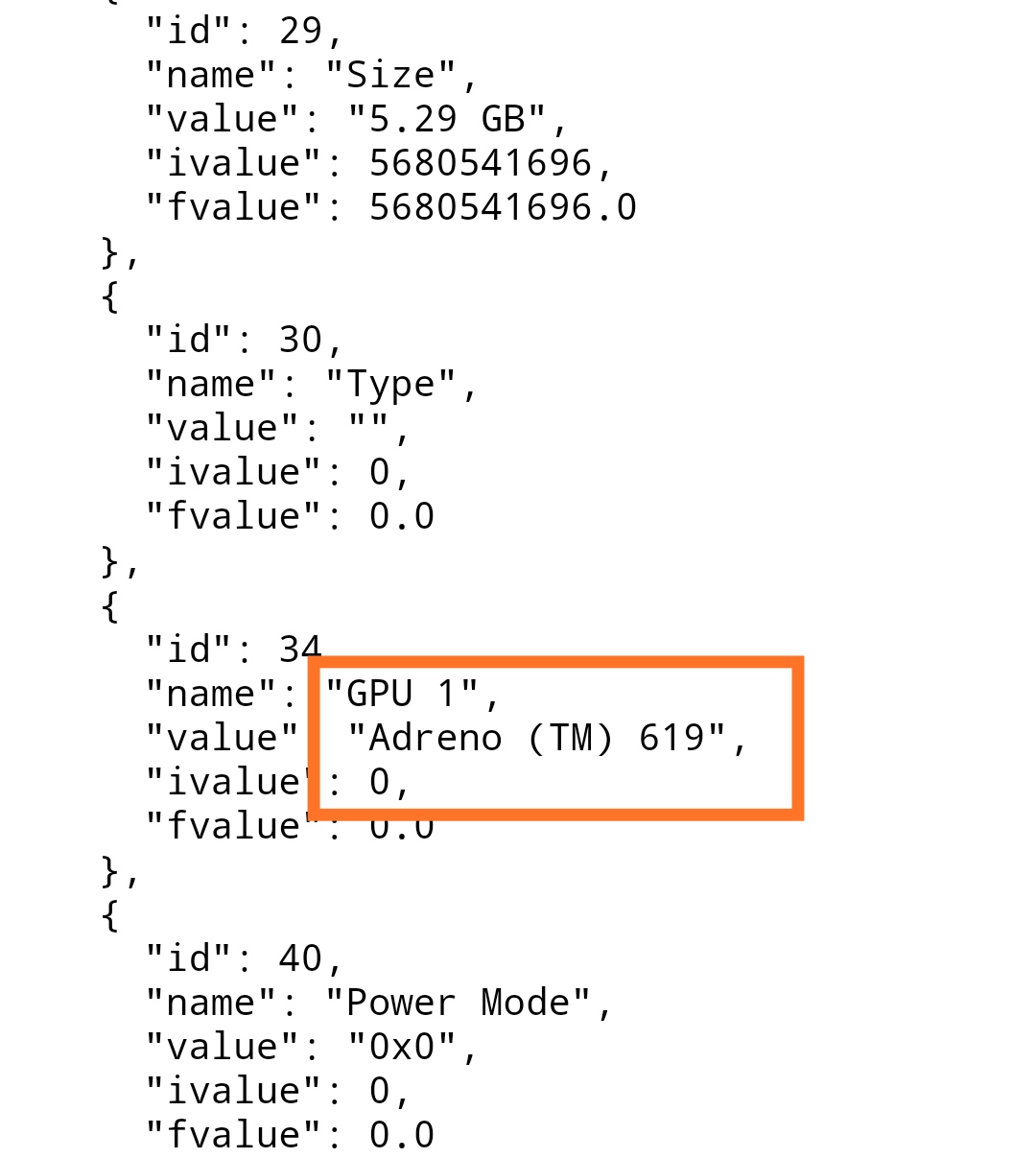 As we all know, Samsung phones are generally SM-??? models, and the one that has a little similarity with this machine is the original Samsung Galaxy J. But the latter is a 7-years old model. Moreover, Samsung has stopped its production long ago. So the new Samsung smartphone may be a revived J series model. But it is not also ruled out that it is a new series of Samsung models. 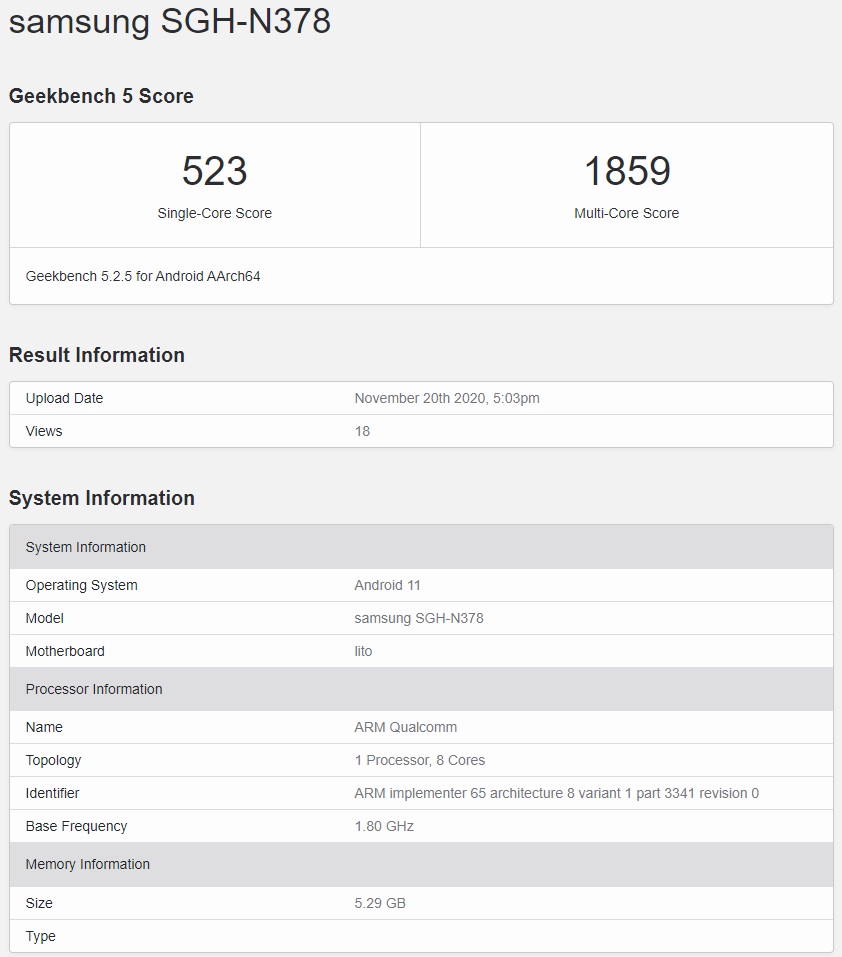 Through GeekBench 5, we can see that the machine scored 523 points for single-core and 1859 points for multi-core tests. This is a certain gap with the Redmi Note 9 Pro 5G. The test score of the machine on GeekBench 5.2.5 for Android AArch64 is 645 for single-core and 1963 for multi-core. In comparison, the current Xiaomi Mi 10 Lite with a Snapdragon 765G has 620 and 1819 points on the same platform.

Though currently we don’t have much information about this handset, speculated from the configuration, this machine may be Samsung’s upcoming Galaxy A52 5G (SM-A526B) in some specific markets. The latter has appeared on GeekBench not that long ago. The machine has a single-core score of 298 points and a multi-core score of 1001 points. It is speculated that the machine will be equipped with a Snapdragon 750G processor. There is currently no other information about the machine.