Airtel Unlimited Data Plan: Bharti Airtel recently updated its Fair Usage Policy or FUP. Airtel introduced Prepaid recharge pack of Rs.199 which offers 1.4GB of 4G/3G data per day for a valid period of 28-days. But only the prepaid subscribers will continue to receive unlimited data at 128kbps even after exhausting the daily limit of high-speed mobile data and will not be charged for the additional data for the remaining part of the day. Not only that, also another 1.4GB will be allotted soon after the date change if it’s still within the pack validity.

It is no surprise that the Telecom Sector competition reached its peak when Mukesh Ambani’s Reliance Jio entered the fray in September 2016 with free and unlimited calling facility and garnered millions of customers within few months. This indeed was the starting of sleepless nights for the other Telecom majors especially Airtel and Vodafone who started their ‘value for money’ plans to provide more at a cheaper price and woo the customers.

Presently, Jio offers Rs.198 prepaid recharge packs providing 2GB of 4G/3G data per day for a period of 28-days. But after the daily quota for high-speed internet is exhausted, the internet speed reduces to 64kbps unlike Airtel. Apart from this both Reliance Jio and Airtel offers other benefits like unlimited Local or STD or Roaming calls, free 100 SMS per day for the period of validity.

Vodafone also introduces Rs.199 prepaid recharge pack in sync with Airtel but the disadvantage is that Vodafone offers unlimited calling for only 250 minutes per day and the weekly limit is 100 minutes beyond which users are charged 30 paisa per minute call. Also beyond 300 unique numbered calls per week, users are charged 30 paisa per minute call. So when compared using Airtel prepaid pack with unlimited data sevice is profitable over Vodafone for the subscribers.

This currently introduces update can be viewed on Bharti Airtel’s website: airtel.in. As of now this Rs.199 plan of Airtel is only valid in selected cities including Mumbai, Chennai, Karnataka and Delhi-NCR. But this prepaid plan providing unlimited data is still not available on the company’s My Airtel App but this offer can be easily availed via Airtel’s official website.

According to reports, ” The largest telecom operator of the country has now decided that it would now make their plans truly unlimited by allowing a speed of 128kbps post the FUP limit completion.” Look forward to the launch of this plan in your city too very soon! 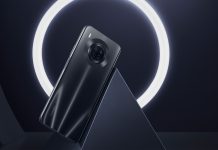 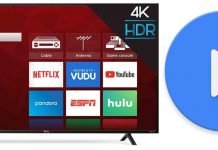