Recently, two new Huawei smartphones entered the Ministry of Industry and Information Technology. The two smartphone models are JSC-TN00 and HJC-TN00. According to a Weibo tipster, these two phones belong to the upcoming Huawei Nova 8 series, codenamed Jessia and JessicaH, respectively. Certification information shows that these two smartphones will support NSA/SA dual-mode 5G and run the EMUI 11 operating system. 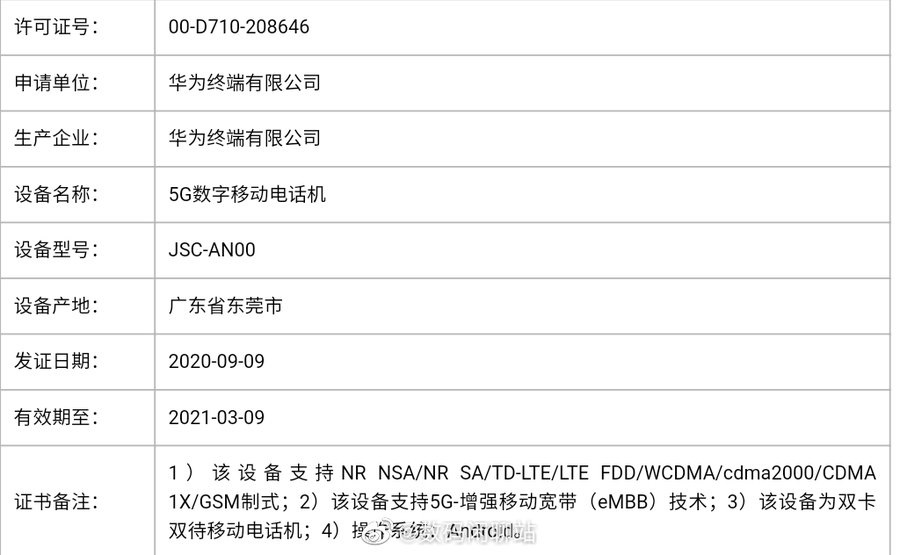 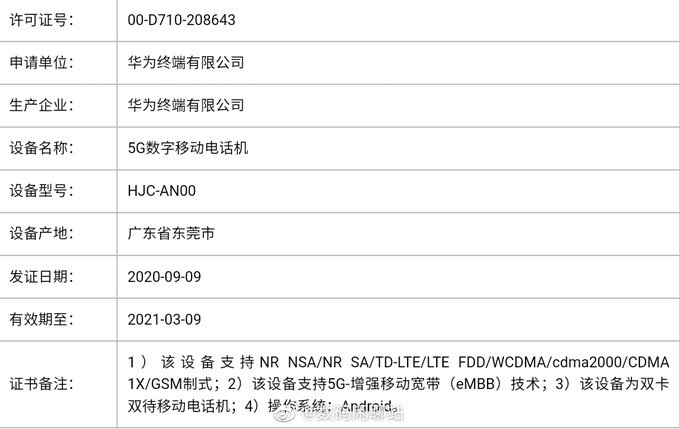 We have learned that the Huawei Nova 8 uses an OLED screen + dual-holes screen. This display also supports a 120Hz high refresh rate. Thus, one of the biggest highlights of this series will be the screen. This display has been manufactured by a Chinese company. And likely, it will be a curved screen.

On September 10, Huawei’s EMUI 11 system was officially released. The company has made huge changes in the system, further breaking the hardware limitations of a single physical device. Also, this system and Harmony OS can define new device forms, organically connecting people, devices, and scenes. At the same time, Harmony OS 2.0 devices realize linkage and interaction with EMUI 11, further promoting the 1+8+N strategy. We talk about this because it’s still unknown whether the new Huawei phones will run on Android or its own system.

In addition, the whistleblower also shared that Huawei’s upcoming foldable smartphone Huawei Mate X2 is codenamed ‘Teto’ and the model is TET-AN00. Previously, we heard that the Huawei Mate X2 will use an 8.03-inch main display with a resolution of 2480×2220. However, there is news that this phone will not be launched this year and may be postponed to 2021.