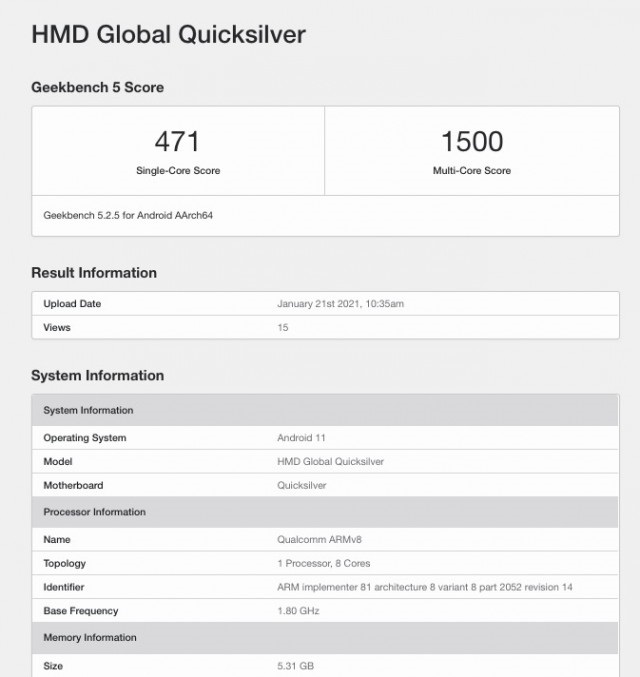 From the test information, we can see that the new Nokia machine is equipped with the Snapdragon 690 processor. It has a single-core test score of 471 points and a multi-core test score of 1500 points. In addition, the machine uses a 2GB + 6GB storage combination and runs Android 11 system. Thus, we are dealing with an entry-level handset.

The Qualcomm Snapdragon 690 was released in June last year and is the first 5G chip in the Snapdragon 6 series. The Snapdragon 690 is built on an 8nm process and adopts an octa-core architecture of 2×2.0GHz A77+6×1.7GHz A55. Its performance is increased by 20% compared to the previous generation. This SoC also integrates the Adreno 619L GPU, which improves image rendering performance by 60% compared to the previous generation.

According to media speculations, the machine is likely to be the Nokia 6.3 / 6.4, which has been shown in a render earlier. From the render, we can see that the Nokia 6.3 / 6.4 uses a 6.4-inch water drop screen. The front camera has a 16MP resolution, and the rear image module includes a 24MP main camera, a 12MP ultra-wide-angle lens, a 2MP macro lens and a 2MP depth of field lens. 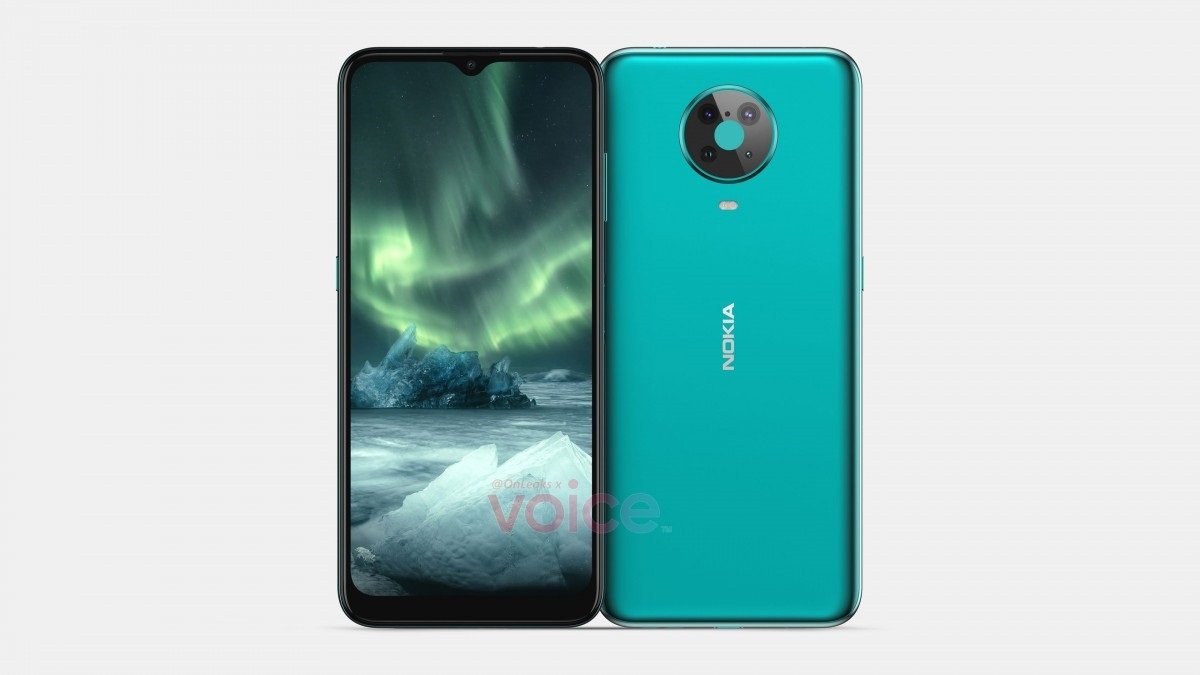 That time, we also learned that the left side of the Nokia 6.3 / 6.4 carries the SIM card slot and the dedicated buttons for Google Assistant. The bottom has the USB-C interface. The sides carry microphones and speakers. And the 3.5mm headphone interface is on the top.