In the world of tech, India is the third largest country in the smartphone market after China and the US. But iPhone is losing the competition to android in India. According to the strategy Analytic in 2016 Q2, Apple’s market value has dropped by 32%.

In the year 2016, Apple has shipped 800,00 iPhones which are very low compared to last year’s shipping of 1.2 million iPhones, The market has fallen to 4% from 2% over last year.

Android have maintained the first position across India with a record 97 percent OS share for the quarter. Now android is at a stage where it looks unbeatable in the Indian market. 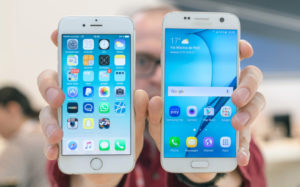 When it comes to apple the cost is never compromised and all they care about is the quality, But this strategy might sink apple in the Indian market. The Indian market has smartphones of the low budget with high specs based on android os which is driving the youth and most of the population in India.

What could be apple’s next step to the Indian market? Will they make a move where the prize will be compromised and step up with the competition? Or apple just can’t reduce the fat prices of the devices.