With the growth of technology, Certainly there is also a growth of security, Yet security is a myth and an unsolved issue after all the accomplishments in the tech world. Recently most the major companies like Facebook, Twitter has to open a security breach challenge to people who can find faults or gap holes in their security system. And the one who come forward and prove it get’s a huge reward of $200,000. 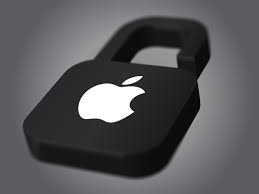 Similarly, Apple has decided to take this thing as a challenge and announced a call to everyone out there in the tech world who think they can find any flaws or bugs in the security of apple’s devices. And it’s already going great most of the hacker’s are participating and they are pinning the security system to its best and trying to find out the bugs in the system. 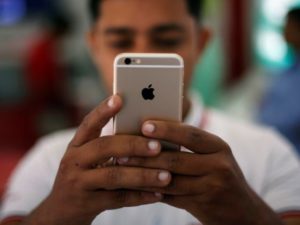 Well, it does not simply end there Because apple is known as the most dominant international company which has completely changed the revolution. Apple has decided to pay cash rewards up to $US200,000 for the people who successfully come forward with the flaws in the security issues. 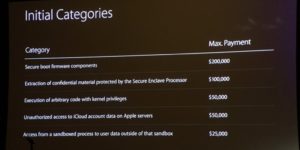 The main aim of the company is to find out the flaws in security system and then re-built it making sure that none of the security issues remain’s unsolved.