After appearing on WiFi Alliance, EEC, and some other certification websites, the smartphone has just appeared on TENAA. Some unknown details about the smartphone are finally out about the upcoming smartphone. The gaming smartphone is all set to feature a huge 6.59-inch display and will be powered with a 5800 mAH battery. 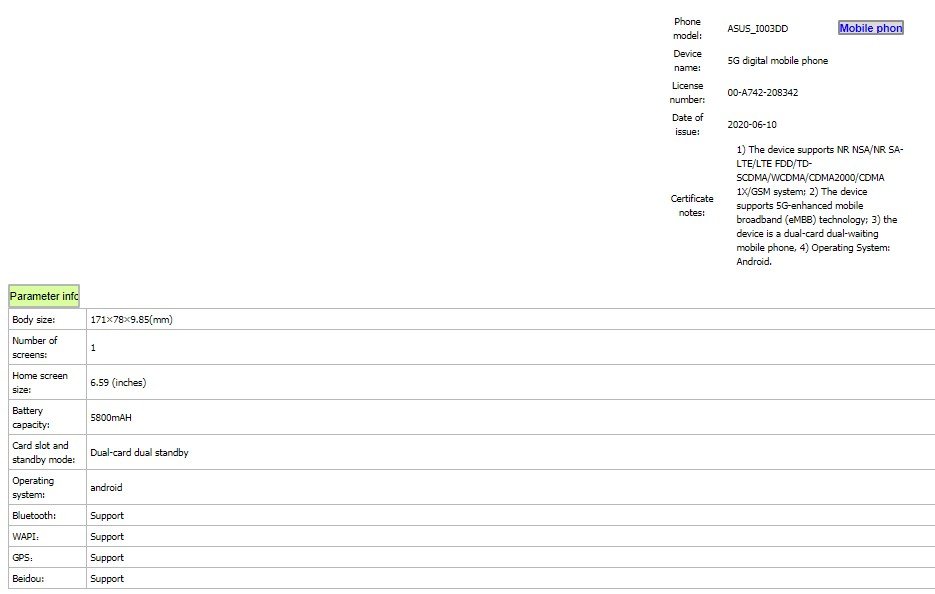 Asus I003DD supports Dual-SIM card and Dual-Standby features and measures 171×78×9.85(mm) in size. In connectivity, the smartphone will carry support for Bluetooth, Wifi, GPS, and Bluetooth. The listing reveals that ROG Phone 3 runs on the Android Operating System but the presence of custom UI is not confirmed.

The pictures and some other details about the smartphone is not yet present on TENAA. But, we hope in the coming few days we will get to know about the design of the new Asus gaming smartphone. Stay connected with us, we will let you know about the changes whenever the listing refreshes.

The Smartphone also appeared on Geekbench a few weeks ago and gave us a glimpse of the internals. According to the benchmarking website, the smartphone packs a Snapdragon 865 SOC, 12GB RAM, and Android 10 Operating System.

We expect some official confirmation from Asus in the upcoming few days. However, it is expected to go official in July.