MySmartPrice found a number of ASUS models in the Geekbench database. One model is ASUS_I005DA, and two ASUS_I005DB appeared in the HTM5 test, equipped with Qualcomm’s Snapdragon 888 chip just released this month (Codenamed Lahaina). It is also supplemented by an 8GB storage and runs an operating system based on Android 11. The source is sure we are dealing with the upcoming ASUS ROG Gaming Phone 4. 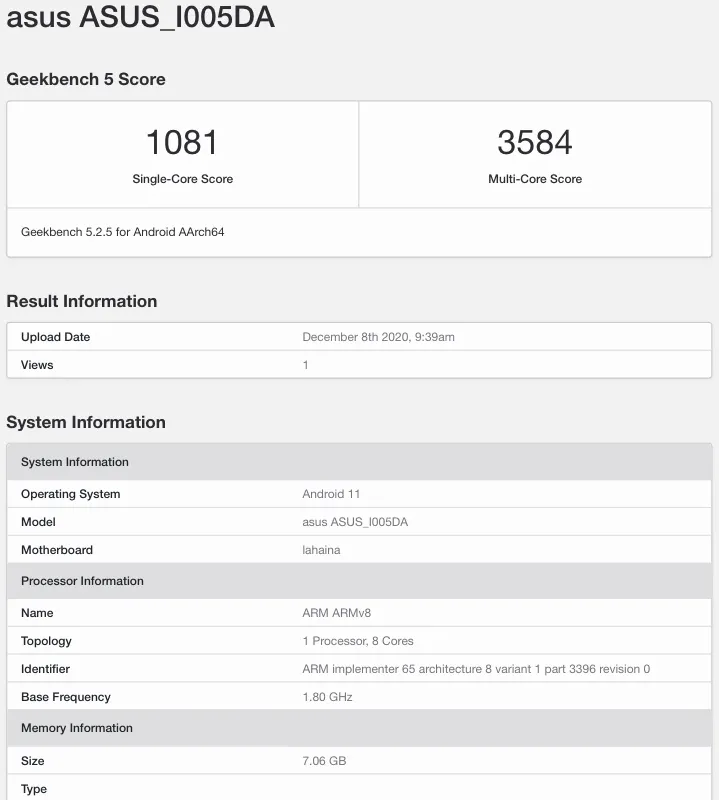 It is worth noting that the Asus ROG Gaming Phone 4 moniker has been never told by anyone. But when Qualcomm released the Snapdragon 888, ASUS was among those 14 companies that announced it will come with a phone powered by this chip. In this sense, the ASUS ROG Gaming Phone 4 is the best candidate. However, we should also say that these phones may refer to the Asus Zenfone 8 series of smartphones.

As of now, this is all the information that we have on the upcoming Asus flagship device. But as the first Snapdragon 888 smartphones are going to be launched in the nearest future, there is every reason to think the ASUS ROG Gaming Phone 4 will appear in more platforms.

This is quite important because though ASUS isn’t considered to be a major smartphone brand, its phones fight for the highest prizes.