Though many think ASUS is only good for making gaming products, it’s not so. Say, its ZenFone series has been always known for its outstanding smartphones. And the new-gen ASUS ZenFone 7 and its Pro variant are not going to be an exception. They are on the way. So it’s logical to see them on various certification websites. Recently, it also appeared on the Bluetooth SIG certification website. Thus, it not only hints that is launch date is not around the corner but also makes us get acquainted with its key features. 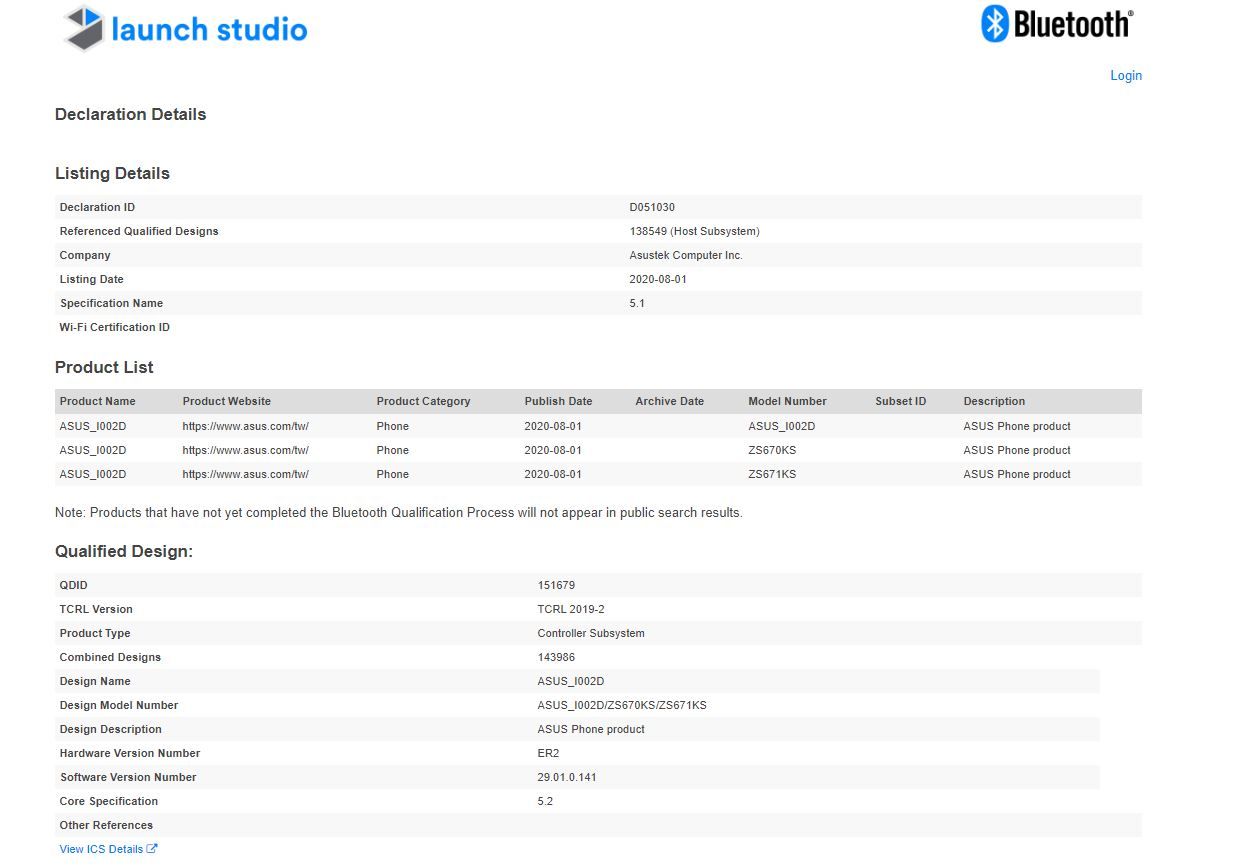 As we can see, the ASUS Zenfone 7 series smartphone (with the model number ASUS ASUS_I002D) has received the certification on August 1, 2020. The listing clearly shows the device(s) might hit the commercial shelves soon. In fact, this certification does not show any real feature. But the previous certifications and leaks help us collect everything we know in one.

By the way, this phone has also appeared on GeekBench, showing a 16GB of RAM. Thus, there is every reason to think the higher version will sport a 16GB memory. Also, it scored 973 and 3346 points in the single-core and multi-core tests, respectively.

Under the hood, we will find a 5,000mAh battery with support for up to 30W fast charging.

We have been waiting for it to come in July. But now, we understand that the earliest date it may come is August.