Asus Zenfone 6 or 6Z was the flagship premium smartphone from the brand for the year 2019. The device got some exciting specifications and was the first device to feature a brand’s motorized setup. It sports a large 6.4-inch Full HD+ IPS LCD panel with a standard refresh rate of 60Hz. Even though this is an LCD panel, it sports HDR 10 tech and is protected by Corning Gorilla Glass 6. Underneath, it features the Snapdragon 855 SoC, and it was running on Android 9 when it was launched. However, Asus has rolled out the Android 10 and 11 updates for the device.  We have concluded a list of best custom ROMs for Asus Zenfone 6. 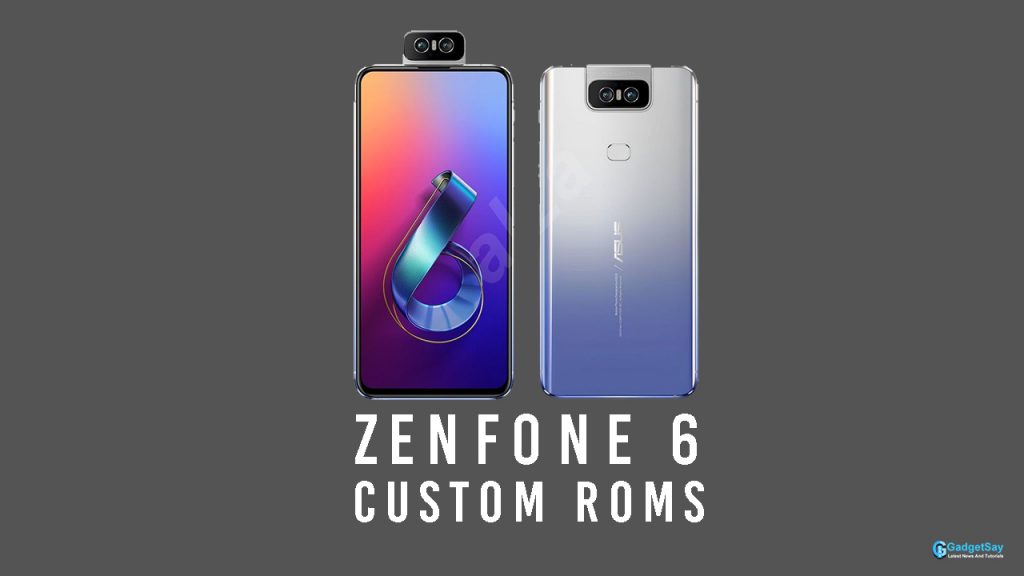 The cameras are the highlight of the device because it gets motorized dual cameras. The motorized can be used to take photos at different angles without moving. These act as rear and front cameras, and you can get some quality selfies. The motorized setup includes a 48MP primary sensor along with the 13MP ultra-wide sensor. It had a massive 5000 mAh battery which only supports 18W fast charging.

We will provide you guys with the best Custom ROMs for your Asus Zenfone 6 or 6Z. Even Asus had donated a smartphone for the developers to develop ROMs for the device. If you don’t know what that is, Custom ROMs are firmware which third-party developers create. Custom ROMs are better than Stock ROM because they are usually faster and have many features. Companies will stop giving update after two major Android updates, but you can enjoy the latest version of Android with Custom ROMs. However, you will lose the warranty once you unlock the bootloader. Unlocking bootloader is a must-do thing, only then you can install Custom ROMs on your device.

Android 10 and 11 ROMs are available for your device. If you want the latest Android 11 ROM, you will have to sacrifice with the AOSP Extended ROM (AEX), and Bliss ROM Android 11 ROM. AEX has fewer features when it is compared with other ROMs. Also, there are only limited options when it comes to Android 11 Custom ROMs. However, many Android 10 ROMs can be used as a daily driver in your smartphone. The best Android 10 ROMs are Havoc OS, BlissRoms, OmniRom, and AEX 7.1.

AOSP Extended ROM aKa AEX is based on AOSP. It is built on the latest Android 11, and for the time being, it is unofficial. However, the ROM is stable and can be used as a daily driver. Unofficial means you won’t get OTA updates, nor you will not get support from the official group of AEX. The AEX ROM is just another form of Stock Android with a few features. These features are AEX boot animation, custom wallpaper, and some other things.

It is another Android 11 ROM which is available for the Asus Zenfone 6 or the 6Z. The ROM incorporates many customization features, and it also adds some security features, which is much appreciated. Other than this, they also focus on battery and performance. The exciting thing is that the Bliss ROM is official. It means that you guys will get OTA updates and support from the official group. You can visit the XDA thread below to know more about the same.

HAVOC OS is also based on AOSP ROM and is inspired by Google Pixel. The ROM features a ton of customization and has many features available with no compromise to the performance, battery backup or stability. Developers like SKULSHADY and ZeNiXX are leading the development for the Asus Zenfone 6 or the Asus 6Z. The ROM is stable and can be used as a daily driver. It is also worth noting that the ROM is official, which means that you will get OTA updates from the AEX team.

It is same ROM as the Android 11 Bliss ROM. Both are stable to use as a daily driver. The only difference between them is the Android versions. As you know, there will be some differences in battery and performance because of the better optimization in the new Android version. Just like the Android 11, this is also an official ROM. It makes sure that you will get OTA updates and support from the official group.

Another Android 10 Official ROM for the Asus Zenfone 6 or from the Asus 6Z is the OmniROM. Asus 6Z is the name of Zenfone 6 in India. The Omni ROM is also based on AOSP, which has many features and is also stable to use. You can use the ROM as a daily driver in your smartphone.

Be sure that you have an unlocked bootloader and a custom TWRP to install these ROMs. Also, check out the XDA thread of each ROM to know the installation process of those ROMs. You can download the official tool or visit the telegram group for unlocking via the unofficial method. Do note that, if you wish to unlock via the official tool, then you can’t relock. Relocking helps if you want to sell your device or want to claim the warranty by relocking. So, always unlock via the unofficial method. Do let us know if you have any doubts on the topic. And finally, share the article with your friends who are using the Asus Zenfone 6 or the Asus 6Z. 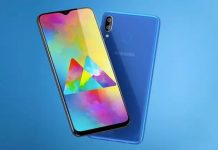