We know Xiaomi, not just for its range of beautiful, high quality yet affordable range of smartphones, like the Redmi Note 7 Pro. But also as a strong supporter of the Android developer community too. Xiaomi is an original equipment manufacturer (OEM) and it strongly supports third party development by making its smartphone source code available to developers. 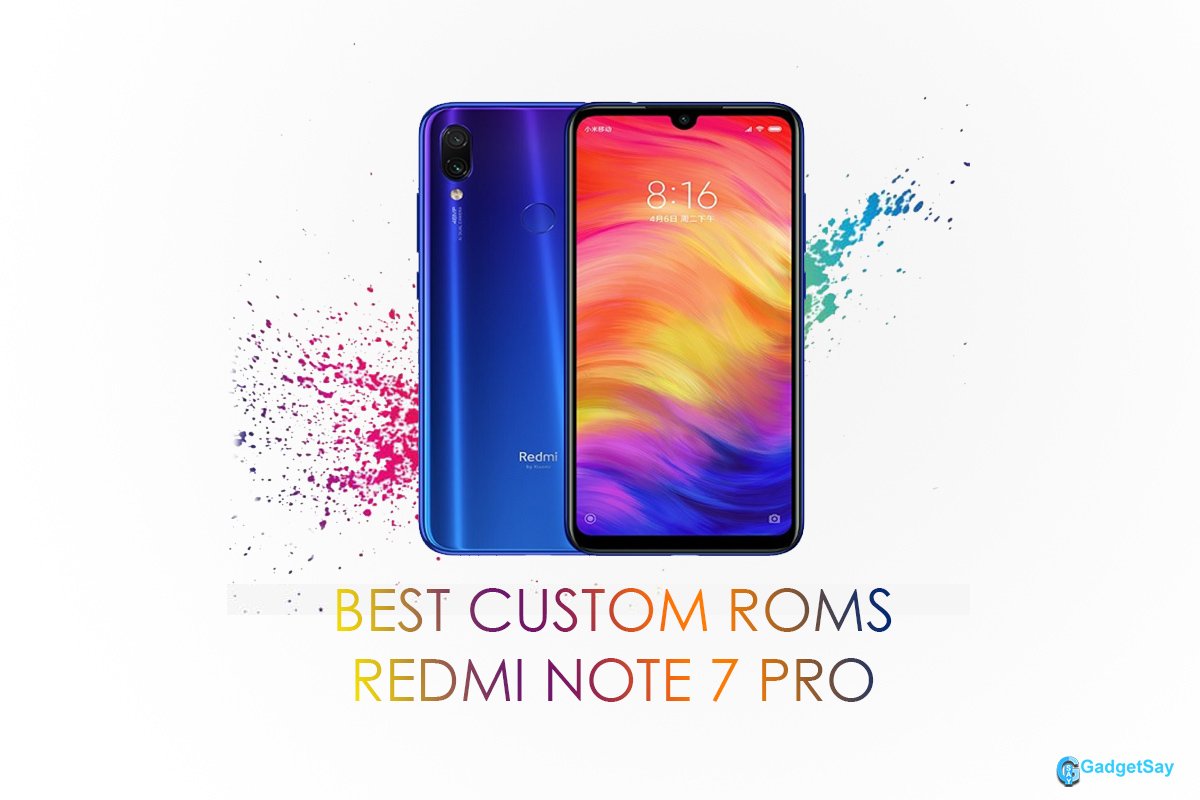 Must See: Best MIUI 12 features that you should checkout!

Therefore, this has given rise to a number of custom ROMs, MODs, and kernels for a wide number of devices both from within and outside the company. In this post, we’ll explore the available custom ROM options for the Redmi Note 7 Pro, which is one of Xiaomi’s popular smartphones.

What is the Stock ROM?

Stock ROM/Firmware is often the pre-installed, official operating system that comes with a new device i.e. smartphone. It’s made by the device manufacturer and contains utilities from the manufacturer. This would slightly differ from a truly stock ROM which is without any manufacturer aesthetic or functional changes to the code.

Custom ROMs as the name implies, is a custom version of the Android Operating system. Custom ROM includes features both aesthetic and performance improvement and widely favored because they do away with bloatware often common in stock Android that comes pre-installed in most smartphone brands.

2. You should unlock the bootloader on Redmi Note 7 Pro. 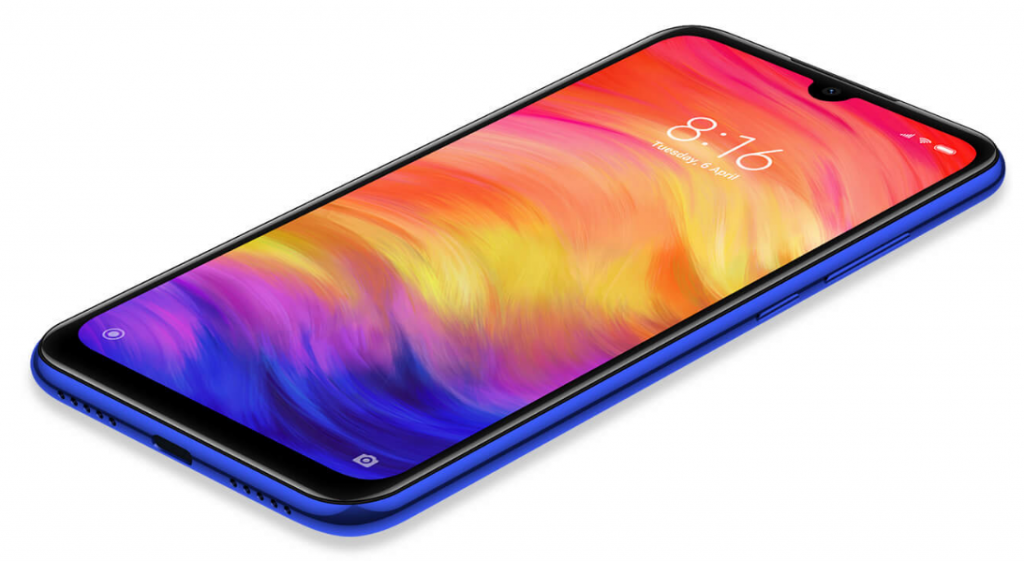 Here’s our curated list of the best custom ROMs for Redmi Note 7 Pro.

Lineage OS is an offspring “sort of” of the famous old custom firmware called CyanogenMod. CyanogenMod was discontinued. This disappointed many fans. Few believed that CyanogenMod’s legacy would continue with a new mod for Android, but everything was uncertain. In the midst of such a mess, the lineage operating system was born, and people love it.

CarbonROM is based on the Android Open Source (AOSP) project, which means that the user interface is no different from that of Android on Pixel phones. The highlight of the ROM is not on the user interface. It’s about making more features available for smartphones with regular updates and support.

This is a new custom ROM and its open-source AOSP-inspired project that began with the goal of keeping things simple and tidy. ArrowOS ROM offers almost the same features that are very useful for customizing the smartphone settings and ultimately aims to provide consistent performance with longer battery life.

The DerpFest ROM is the new kid on the block in the custom ROM community. It is an iteration of  Android 10 and brings with it many good things. These include features like new system fonts,  system settings enhancements, background-color enhancements, additions in the status bar, quick changes in the settings field, and the ability to change screen buttons, assign hardware keys, countless changes, and notifications when the screen freezes and new animation additions. These are just some of the enhancements that come with this ROM.

BlissROM offers a variety of customization options for the custom ROM fans in the Android community. It also brings some unique features. The stable compilation of this ROM is a fork of  Android 10 (or Android Q) and offers all the advantages of this Android compilation. You will also have exclusive Bliss features.

The Potato Open Sauce Project (POSP) is a custom Android firmware. Aftermarket version. It is largely based on AOSP (Android Open Source Project). POSP developers selected the best features of the Android operating system and added their enhancements. In other words, this ROM offers unique features for people that want to rediscover Android taste.

AICP also stands for Android ICE Cold Project, an alternative firmware based on the Open Source Android project. The ROM was first developed in 2012 on the H.T.C Desire smartphone. Since then the AICP has grown into a stable ROM with the best developer community around it you can find! The ROM is currently based on the Lineage operating system with some AOSP flavors.

PixysOS is a new aftermarket firmware. It is a fork of the open-source Android AOSP project. With the PixyOS you can experience the best features of your OS environment and try the unique features it offers. The purpose of this ROM is to provide an experience with original ideas and functions, as well as useful things that the community is used to.

Nitrogen OS is the latest custom ROM that offers great functionality with the Stock Android experience just like the Pixel smartphone. NitrogenOS installation guide for the Redmi Note 7 Pro is provided on the download page by the developers. The ROM is in a stable state and can be used as a daily OS.

Resurrection Remix is a custom ROM forked from the AOSP source code. This means that the user interface is no different from Android on Pixel phones. The ROM offers many new features found on popular custom ROMs such as Lineage OS, Slim, AOKP, Paranoid Android, and many more. In addition to all these features. Remix offers an excellent mixture of performance, modifications, and battery life compared to many custom ROMs.

Now you can install Resurrection Remix Oreo on Xiaomi Redmi Note 7 Pro by following instructions on the download page.

This is a new custom ROM from the Syberia Team developed from scratch based on the AOSP source code. The developers also borrowed the CodeAurora fonts (i.e. the CAF fonts). The ROM was developed to improve the original Android experience.

AOSP Extended is an AOSP based ROM that offers various functions to adapt the UX user interface/memory to the substrate theme engine. The project is accomplished by selecting different commits from various other projects. Based on AOSP, it offers a smooth experience without lag.

AOSP Extended is based on the Android Open Source (AOSP) project, which means that the user interface is no different from that of Android on Pixel phones. It’s about making more features available for smartphones with regular updates and support.

This is an open-source ROM based on AOSP. Mokee ROM is made by a small group of Chinese developers. It came out first during the launch of Jellybean as China’s first step in the open-source world of Android. The operating system only involves a few adjustments.

AOSiP OS represents the complete form of the Android Open Source Illusion project. This is a custom ROM that borrows heavily from the AOSP source code from version 6.0. Combined with the latest functions and mixed with stability. Developers aim for perfection and this proves it. With this ROM and many new additional features, you can now experience the real Stock Android experience.

Here you can download and install the latest AOSiP operating system on Xiaomi Redmi Note 7 Pro, based on Android 9.0 Pie. The ROM is stable and you can use it as a daily OS.

Bootlegger ROM is a modified firmware based on the Ground Zero Open Source Project (GZOSP) that offers customized functions with useful applications on the device. Thanks to the stability and compatibility of GZOSP. Moreover, this ROM comes with a personalized background image, ringtones, and fonts to make your device cooler. It also includes a selection of beautiful symbols.

As the name suggests, the ROM integrates the Google Pixel Experience ROM into the Xiaomi Redmi Note 7. It comes with all the functions and applications supplied with the Google Pixel smartphone. With this ROM you can now discover the real Pixel experience.

This ROM is made from the ground up and is open-source. It includes many features found in the best available ROMs.

This ROM is a creation of Kuber Sharma and Ganesh Varma, members of the android developer community. The ROM offers many improvements and new features. Also, It has combined some features of the other best custom ROMs in this list.

That’s all for now! Did you install one of the best custom ROMs for Redmi Note 7 Pro? If you did, then leave us a comment below, and thank you very much. We hope this guide has helped you find the best Redmi Note 7 Pro.