First thing first and if you’re here then you probably want to know how to unlock the bootloader and flash TWRP on your device. Unlocking the bootloader of LG G3 is not straightforward, however, we expect you know how to. If that’s the case, go and look at some of the best custom ROMs for the device. 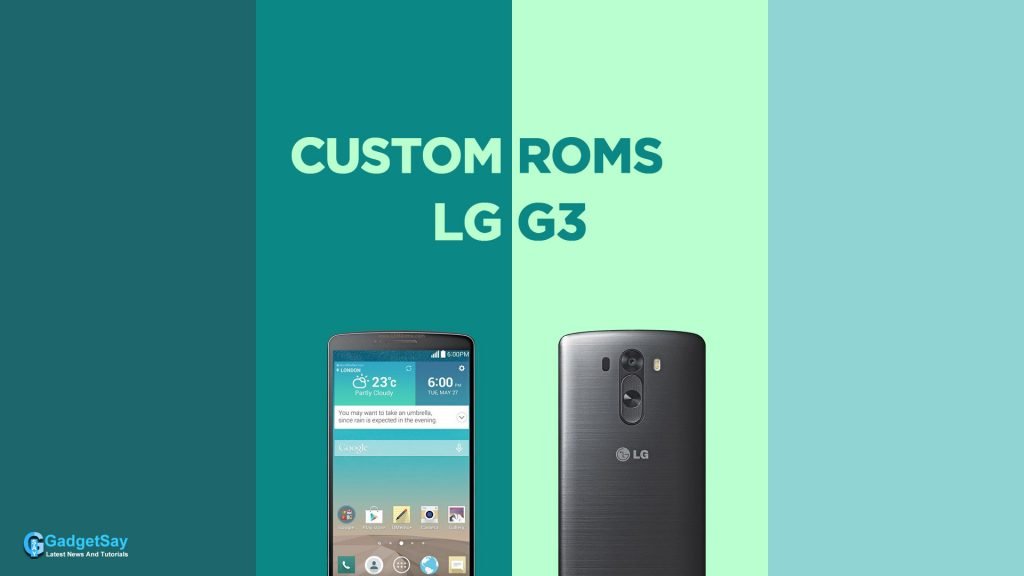 The LG G3, obviously being an LG product comes with LG custom skin on the top of Android. You very well know the device ended its lifecycle with the Android Marshmallow being the final major software. LG has been generous enough to provide two major updates for the device shipped with KitKat 4.4.1, the support is commendable indeed.

So, if you’re done with the stock UI and need to try something interesting and feature-packed OS, then the unofficial development is here for the rescue. Thankfully, there are a handful of custom ROMs in which some are based on the most recent, Android 9.0 as an icing on the cake. Below are some of the best custom ROM that you can try on your beloved device.

Taking the baton from the popular CyanogenMod, the LineageOS is one of the popular aftermarket Android custom ROM in the current era. Fortunately enough, the LG G3 has got official Lineage support with the latest stable build being the LineageOS 17.1 based on Android 9.0 Pie.

If you thought your device would never get to taste the latest Android 10, then you probably have a reason to celebrate. Although unofficial and in alpha stage, thanks to the folks over at XDA, you can have Android 10.0 on your device powered by AOSP Extended 7.1.

Yet another Android 10 based custom ROM, but this time by the team crDroid. As per the contributors, crDroid is designed to increase performance and reliability over stock Android for the device. Also an attempt to bring many of the best features existing in modern devices.

The ROM is in the testing state, so expect slightly more bugs and hiccups than the AOSP Extended ROM given above. If interested, you can download the ROM from the link given below. The ROM support all the LG G3 variants, so don’t forget to download the correct ROM based on your model number.

One of the matured ROM for the device with a stable nature. It doesn’t give you the latest Android base but Android 7.1, which is the successor to the Android Marshmallow. It’s got plenty of custom features.

Make your LG G3 Pixel-like with the Pixel  Experience ROM. Pixel Experience, just like the ROMs featured above is an AOSP based ROM, with Google apps included and all Pixel goodies such as the launcher, wallpapers, icons, fonts, boot animation etc.

Do check this out if you prefer the UI of Pixel devices. Note that, unlike other AOSP ROMs the Pixel Experience comes pre-built with Apps, so you need not flash GApps separately.

Once you’ve picked your favorite ROM from our list, then it’s time to flash the ROM in your device. Given you have got a custom recovery installed on your device then follow the installation steps given below.

WARNING! Proceed further if and only if you know the risk associated with flashing custom recovery or rooting. We’re not responsible for any damage or data loss that happens to your device on following this procedure. Do this at your own risk!

I hope you’d tried at least one of the custom ROMs given above. If yes, do let us know your experience with the ROM down in the comments.

Also Read: How to Root LG Stylo 3 Plus