A new Xiaomi phone has been leaked in certification documents. And though we know too little about this handset, it’s enough to be surprised. We mean the spotted document shows that the phone has a model number of M2007J17C. But what’s more interesting, it will sport a 108MP camera lens. Thus, we are dealing with the next Xiaomi smartphone powered by a high-res camera. Not accidentally, the Weibo blogger called it the cheapest Xiaomi phone with a 108MP camera. 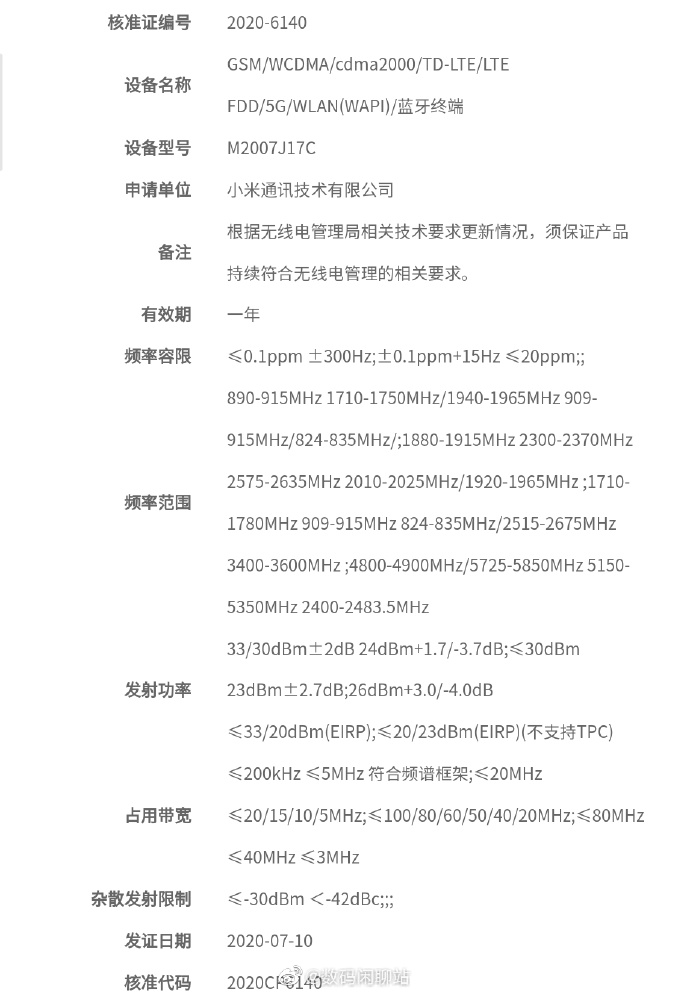 In fact, the only Xiaomi phones we are waiting for at the moment belong to the Xiaomi Mi 10T series. The Mi 9T follow-up models will hit the market very soon. They have already leaked in various photos and certifications. So their launch is out of doubt. But what’s the relation of these news? The Xiaomi Mi 10T is said to sport a 64MP main camera sensor, while the Xiaomi Mi 10T Pro will should come with a 108MP camera sensor. So there is every reason to think the leaked document refers to the Pro variant. But whether it will be a cheap smartphone still remains unknown.

In fact, we know that the Xiaomi Mi 10T will house a 6.67-inch screen with a resolution of 2,340 x 1,080 pixels along with a 144 Hz refresh rate. Rumors strongly suggest that the devices might get the AMOLED display, but it’s still debatable. Although the device has a side-mounted fingerprint scanner which eliminates the hope for an AMOLED display.