Google has been working on a new Chromecast for some time now. Today, a Reddit user was able to unbox Chromecast with Google TV ahead of launch. And obviously gave us a peek inside the box. As per leaks, the new Google Chromecast is codenamed as Sabrina. 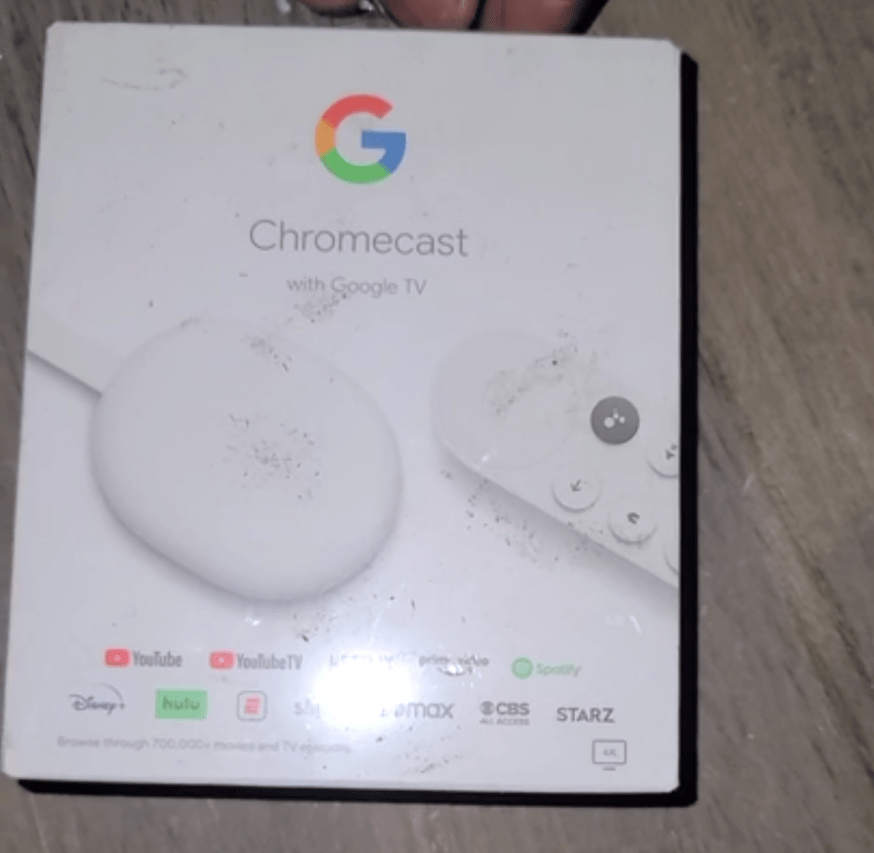 Chromecast with Google TV is unboxed with all its glory

A few weeks ago, Android Police came across a product sheet mentioning the name “Chromecast with Google TV” in the database. Although, recently a Redditor by the name of u/fuzztub07 has shared the photos of the new Google Chromecast. Apparently, the Redditor was able to purchase the product even before its official launch at a Walmart nearby.

At first glace, “Chromecast with Google TV” is engraved clearly on the front. The things that are included in the box are the new Chromecast, a power cable and adapter, the Google Chromecast Voice Remote, and 2 AAA batteries.

The device gets an ordinary oval looking design and the remote too appears generic with the inclusion of buttons such as Netflix, Youtube and Google Assistant. Nothing new, we should rather say. But the redditor posted a video of the Chromecast in action, with the Google TV interface. The remote can even play games which are compatible with the device. However, Stadia is not supported currently. The interface seems to be based on Android 10. Out the 8GB internal storage that is expected, we can only notice that a mere 4.4 GB is only available for use.

Apart from that, it appears that it would retail somewhere at $ 50. According to the Reddit source, the dongle also supports several accounts and it is possible to come and pair a Bluetooth headset or headphones.

Google is expected to announce its latest smart speakers and new Pixel smartphones on September 30. The new Chromecast is expected to be announced at the same event based on the timing of this leak.