Hack and Crash Drones For hackers, nothing is impossible to hack. They search for ideas to hack the latest technological devices. They can easily do this. The hackers are not just limited from hacking accounts. The hackers can easily obtain the flaws of any device and now on Drones, they can hack and crash drones on their range.

Now, the target of the hackers is the Drones. Drones are very popular these days. They are very useful for personal as well as professional use. According to the researchers, hackers can hack and crash a flying drone. A vulnerability in the manufacturing of drones is leading to the hack. The makers of the drones are forgotten to lock the digital doors. Hence, because of this flaw, the hackers can control the drone.

The researchers have obtained several methods to hack the drones. The researchers were the engineering graduate students and professors of Johns Hopkins University. They mechanically give an order to the drone via PC. They worked on the airborne hobbyist in this method. By applying this method, they successfully hacked the drone.

This process makes the drone to land or fall. The news of hacking the drone has made the drone manufacturer alert of the flaw. So, they will be careful while preparing or designing a drone. The In the United States, the Federal Aviation Administration calculated the total $2.5 million sales of drones in 2017. They predicted that it confirming rise to $7 million by 2020. This flaw can be intentional or just a mistake.

The senior cyber security researcher, Lanier Watkins said drones are especially used for security purpose. If the hackers are able to crash the drone easily then it is a threat to the security. The hobby drone and wireless network penetration testing method are adopted in this experiment.

A Scientist said “a special software were added for completing this process without any difficulty. The group provided 1000 corresponding orders to the drone. Hence, the mission became successful. They operated the hobby drone not according to the prescribed way. Watkins said “they have repeatedly tried many times to force the drone to land. The drone tends to crash two times but after that landed successfully.

The researchers are experimenting this method with other high-end drones to see whether all the drones have the same flaw. This experiment was conducted to make sure the security flaw in some drones. The researchers hope that the drone manufacturers will fix this flaw for safe security in future. 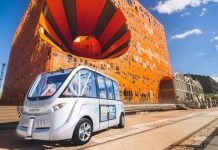