Google Camera or Gcam, in short, is one of the greatest wonders of the internet giant company. It is like the holy grail of Google-produced Google Pixel smartphones. But today’s guide will let you download GCam 8.0 APK MOD for Android devices other than Google Pixel’s. If you are a devotee of this incredible camera application, keep on reading the post.

Earlier in October, Google launched two new smartphone devices to extend its popular Google Pixel series. The new handsets to join the queue are Google Pixel 5 and Pixel 4A 5G.

Being an Alpha build, the GCam 8.0 mod is likely to behave annoyingly. There could be some bugs and unstable functionalities that you may encounter during the real course of action. However, the developer promises to fix these bugs in the new version of the GCam 8.0 mod. Hence you can download GCam 8.0 mod APK for your Android smartphone freely.

Well, the latest Google Camera 8.0 application comes with scads of intriguing camera features. You will enjoy an exceptional photography experience on your non-Pixel smartphone. When it comes to describing the underlying camera features, you will get amazed by the following qualities:

The users can download the latest Google Camera 8.0 APK for older Pixel phones as developed by cstark. But the great news is that the GCam 8.0 mod APK can be enjoyed on all other Android devices as well.

Find the links below to download the GCam 8.0 APK for any Android device:

In terms of configurations, Google Pixel phones may not be listed under the flagship hardware corridor. But the software area is always of the apex class, especially the photography department. 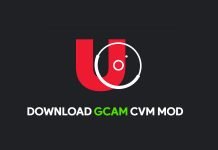