A few weeks before, Samsung launched the new mid-range device in the Galaxy F series. The new Samsung Galaxy F62 came with the flagship processor used in the 2019 Samsung flagship. It packs a ton of features for the budget on which it sits. Even though it has the same specifications as Galaxy M51, it performs better in optics. To make it even better, you guys can use Gcam mods. As you guys know, Exynos smartphones aren’t much compatible with Grams. Only some support the same. Now, let us look into the specifications of the same. 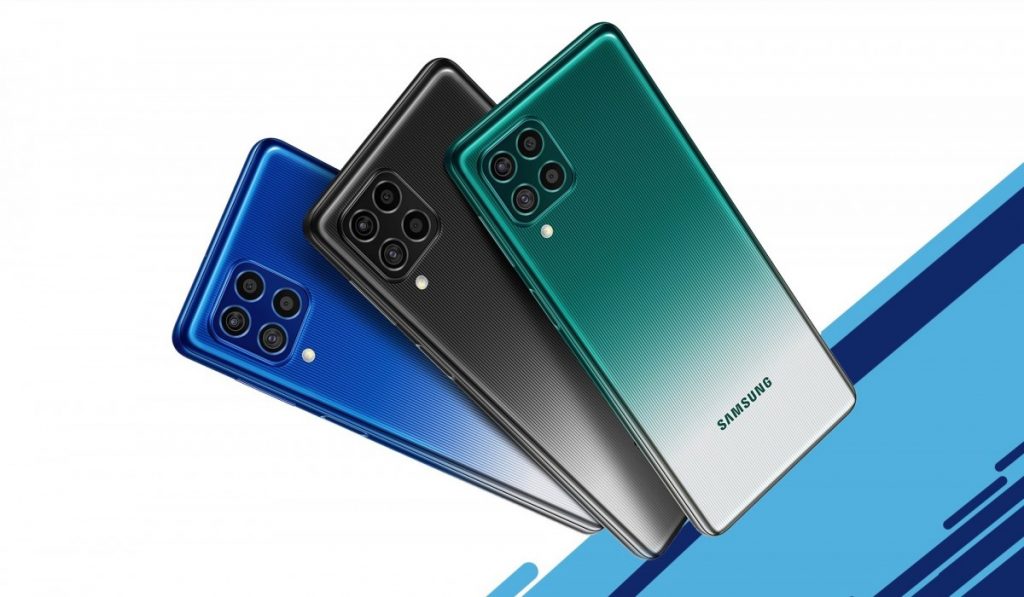 Must See: Xiaomi Mi 11 released: Two versions – with a charger and without

The Samsung Galaxy F62 sports a 6.7 inches Super AMOLED plus display with a single punch hole and Full HD+ resolution. That said, it has a pixel density of 393 Pixel Per Inch (PPI), an aspect ratio of 20:9, a screen to body ratio of 86.7 per cent, a resolution of 1080 x 2400 pixels, and gets protected by the Corning Gorilla Glass 5. Coming to the internals of the Galaxy F62, it features the in-house Exynos 9825 SoC, which is built on the 7nm process. If you guys remember, it’s the same SoC used in S10 or Galaxy Note 10 series.

The octa-core setup includes two Exynos M4 cores that clocks at 2.83GHz, two Cortex A75 cores clocked at 2.4GHz, and four Cortex A55 cores that clocks at 1.95GHz. On the GPU side, it sports the Mali G76 MP12 GPU. When it comes to the memory side, it sports 6 and 8GB of RAM. Further, it comes with only 128GB of UFS 2.1 storage. Interestingly, it can be expandable via the dedicated micro SD card slot. The device runs on the latest One UI 3.1, which is based on Android 11.

By now, you guys have understood the specifications of the Samsung Galaxy F62. The only Gcam which supports is the Gcam 7.4, and there are config files available for the same. We will include the link for both files. You can install the Gcam 7.4 APK as any standard application. Further, to restore config files, you must create a folder named Gcam in your internal storage.

That’s it, and you guys can install and restore the config by these steps. You can share the article with your friends who are using the device. Even though I own the same device, I’ve tested the same, and it works well. You can comment if you need more articles like these.