Developer Options are a set of advanced hidden settings in Android phones. These settings are mainly used for debugging and application development purpose. Hence, Developer Options is hidden to avoid beginner users from accidentally enabling some of the options which might cause unexpected results. 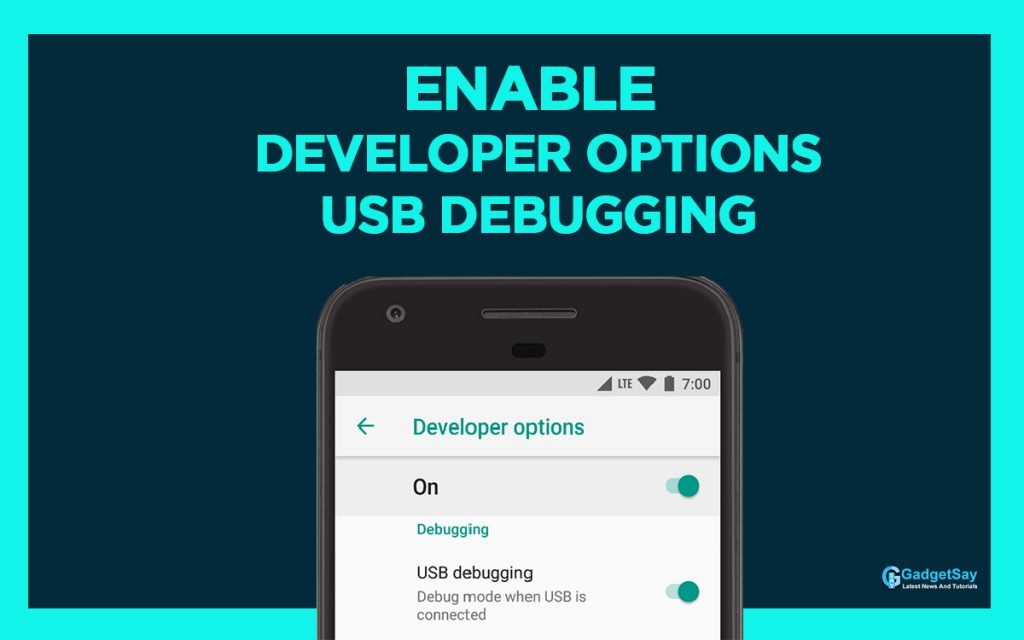 While ADB or the Android Debugging Bridge is a nifty facility for debugging Android OS with the help of a PC. It’s an advanced tool that has got a lot of use as a developer but also for a normal user it can com handy, say when you’ve to unlock the bootloader or flash a stock ROM via ADB/Fastboot.

Since Android is heavily fragmented with OEMs having their own custom skins and implementation, the steps to enable USB Debugging differs slightly. However, the fundamental things never change as the USB Debugging can be found only on Developer Options, which itself come concealed at default.

Here, we’ll go through the steps by which you can enable USB Debugging on some of the Android/custom skins. We’ll try to cover as much as possible so that you can find them all under a roof.

Generally, developer option on the stock, untouched Android is enabled by the following steps.

Once the developer option is enabled, you’ve to enable USB Debugging from it. So, the steps to do so on various Android versions are summarised below.

Samsung OneUI comes with a custom settings app tailored for Samsung devices. So, follow the below steps if your device runs OneUI 1.0 or later.

OnePlus has nearly identical steps to that of the stock Android.

If you think hitting Build Number on MIUI 10 or later devices would trigger developer options then sorry to burst your bubbles. Unlike all those Android variations are given above the developer options on MIUI are enabled from the MIUI Version from the Settings app. Didn’t get it? Then go through the steps given below.

OPPO custom Android skin is branded as ColorOS with the latest being ColorOS 7.1. To enter Developer Mode:

We’ve covered all the major Android device groups, still, if we miss something you can comment your device down below, we’d let you know how to enable the developer options on that specific device. We’d like to see you over there.

Must See: Guide to backup Android smartphone data without any root access?