There are several rumors that are already in for the upcoming Galaxy S21 series, Exynos 2100, and other devices. Now, a new chipset Exynos 981 has entered the rumors space as it appears on the Bluetooth SIG Certification. However, there’s hardly any information revealed in the listing but it confirms the presence of Exynos 981. 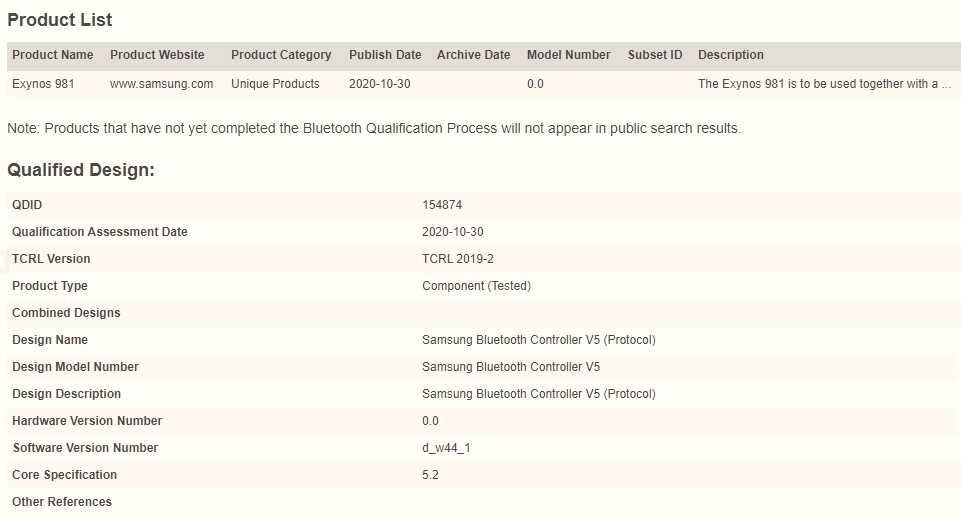 The Exynos 981 appears to be the successor of the mid-range Exynos 980 chip. It might come along with the mid-range Samsung smartphones in the coming few weeks. The Korean giant has not officially quoted anything about the new SoC, but we expect some more details to surface in the coming weeks.

There’s hardly any information about the device in the Bluetooth SIG listing. It could come with Bluetooth 5.2 support and an enhanced WiFi 6 module.

Exynos 981 popped in a flash out of nowhere, and there’s no more information at the moment about its features and specifications. It is even quite hard to speculate anything about the device.

Most of the Samsung smartphones use Exynos Chipsets but some of its devices embed Qualcomm chips. Exynos 981 will be a new entry to the mid-range segment which could replace the Exynos 980 packed smartphones in the future.

We have to wait and watch for the official confirmation before commenting on anything about the chipset specifications. 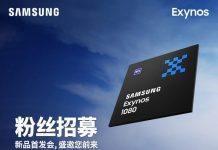 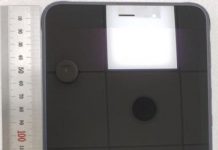