Facebook has finally stepped up its efforts to stop the roll out of misleading information online, an issue that has reached a critical point following the most outrageous fake US election news stories promoted on its platform.

Also Read: Know Why Sunway Taihulight And Tianhe Are The Only World’s Fastest Supercomputers

It has been accused of spreading and allowing fake news stories to escalate on its platform, which critics believe could have impacted voting decisions in the US elections last week.

Facebook CEO Mark Zuckerberg at the Techonomy 16 media conference made his comments and then on his own Facebook page, denying all claims of any incorporated prejudice. (You can see the full interview on his Facebook feed.) He said that of all the content on Facebook, more than 99% of what people see is authentic and the idea that fake news on his platform influenced the election in any way is “a pretty crazy idea.” However, Facebook employees expressed dissatisfaction with Zuckerberg’s statement and one of them said,

“It’s not a crazy idea. What’s crazy is for him to come out and dismiss it like that, when he knows, and those of us at the company know, that fake news ran wild on our platform during the entire campaign season.” 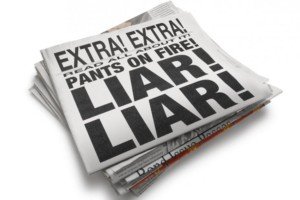 Employees from across the company have formed an unofficial task force to deal with these concerns. “Our team will continue to closely vet all prospective publishers and monitor existing ones to ensure compliance,” a Facebook spokesman said in a statement. Facebook has made changes to its ‘Trending Topics’ section to make it more automated, and removed all human editors.

Facebook makes money from the eyeballs it draws by selling ad space inside its News Feed. It also earns as a broker between its advertisers and other online companies. Cutting off the earnings to such sites by restricting the amount of money they can make from advertising may help restrain their expansion.

Earlier on Monday, Google, another tech giant, said it’s working on some guidelines to keep its ads free of fake news sites. It’s challenging to make such promises, but where does it conclude?

Also Read: The Most Scariest Search Engine On Internet For Hackers Is ‘Shodan’

Are they just going to cut-off advertising? Will they not show search results of articles that are evidently false? Neither company has given any explanation how it will recognise any news as fake.