We all love news because it keeps us upto date with current affairs and about everything happening around us. But recently during the U.S. President elections, there were many rumors about current president staff and about fake results that have created chaos before the actual results were out.

There are few websites that are fooling people by posting fake news and misleading people to the wrong direction. There were many U.S citizens who were misguided by these websites and it had a very negative impact on the society.

The main aim of these fake news websites is to make a fat revenue by doing things that are fake and that mislead people causing chaos. All they do is just randomly create a fake news about the trending topic and post it on their websites.

When people come across those sites they think that the news is real and share it with other friends and that is how they get tons of traffic and eventually, they make a lot of money.

But this should end now or never. So I am going to show you a perfect way to recognize if the news is true or fake in just a few minutes. This can be done with the help of this google chrome browser extension B.S. Detector.

All you need to do is just go to google and type B.S. Detector extension for chrome or click here to go to the extension page directly. Add this extension. This extension has the ability to detect websites, producing satirical and fake news articles on all the famous social networking site Facebook. it will display a banner on the screen stating that “the website is considered a questionable source”.

If you come across any fake sites then it will show a pop-up “This website is considered a questionable source”. 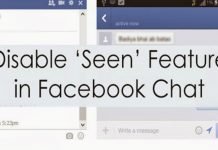 How To Disable Seen Feature In Facebook By Chrome Extension 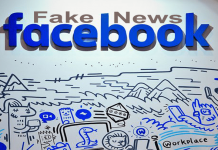 Facebook Employees Came Together To Handle This Fake News