OnePlus has recently introduced the best flagship variant, OnePlus 6. The phone is equipped with all the premium specs, design, and software which make it the most amazing device in the market. Oneplus has already gained many fans with the release of the previous generation model. The company is known for producing the most high-end phone with the best camera feature.

However, like other phones, OnePlus 6 also has a major flaw in the camera. Few users have reported that the auto brightness doesn’t work properly which was also confirmed by the company. The automatic light is too dark which becomes difficult for capturing photos in low lighting condition. Some users have also claimed complaints like Bluetooth issues, network issues, and speaker problem.

Although, the camera issue is more severe as many buyers have purchased this device because of the high-end camera. The users have also reported issues after an update, but the company solved this in the latest update. The new update has also solved the ‘Oil Painting’ Camera problem which was claimed by many buyers in the OnePlus forum and XDA Developers forum.

After a few months of using, the users found that the screen seems to flicker in the auto brightness change to the highest level in full daylight. Although, the auto brightness issue has been observed in many other handsets and so in the OnePlus 6. We have listed the possible solutions which can solve the camera issue. If you have any queries relating to our posts, then feel free to contact Gadgetsay Forum. In this article, we will discuss the solution of How To Fix OnePlus 6 Camera Issue.

How To Fix OnePlus 6 Camera Issue

If you are experiencing blurry image in the camera, the software update could be a reason. The company regularly produces latest updates which come with bug fixes and latest features for in-built applications so, you must check for the updates. For an update, you need an internet connection so don’t forget the connect a working Wifi or internet connectivity.

1. Check OTA update on your OnePlus 6 smartphone.
2. Navigate to Setting.
3. Click on About and, then Software Update.
4. The update will begin and wait for it to complete.
5. Click on Auto Download, if you want updates automatically.

When you face camera issue, the first thing you should execute is to restart the device. This is the most common method which helps to fix many sever problems.

The most convenient method of fixing the smartphone issues is to restart the device in safe mode. This method works like a magic so must try it. Safe mode disables all the third-party apps and other software running in the phone and starts it clean. This method will let you know if any third-party app is the cause of the camera issue.

If the camera app works perfectly in safe mode, then you must have downloaded a third-party app which is affecting the inbuilt application. So, you have to think and delete the app from your phone.

1. Navigate to Settings option.
2. Click on Apps.
3. From the All Apps list, find the specific app.
4. Tap on Uninstall.

This is the last method which can fix this issue. The cache can also affect the inbuilt application so try the below method and clear the app cache.

So, this was the solution of How To Fix OnePlus 6 Camera Issue. The OnePlus 6 has an amazing dual rear camera of 16MP + 20MP. So, if this gets some issue, you will get worried and take it to a technician. Although, before that, must try these simple methods. If you found the problem after accidentally dropping the device in the ground or under water, then take it to the Oneplus technician. I hope this method fix your camera issue. 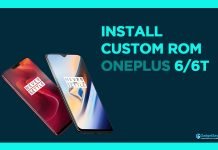 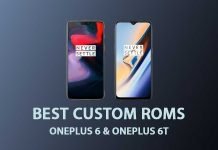 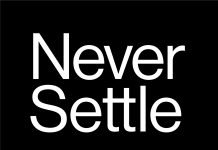 How to Root OnePlus 6 and 6T with Magisk and Install TWRP Recovery. 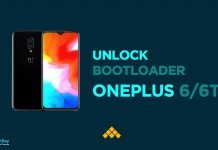 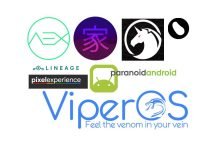