The thing that Apple is developing a folding screen iPhone is already a “secret” that anyone in the tech industry knows.

There have been rumors that the folding screen iPhone has been undergoing prototype testing. But it is not yet perfect. Apple is still looking for more reliable materials, processes and specific design solutions. 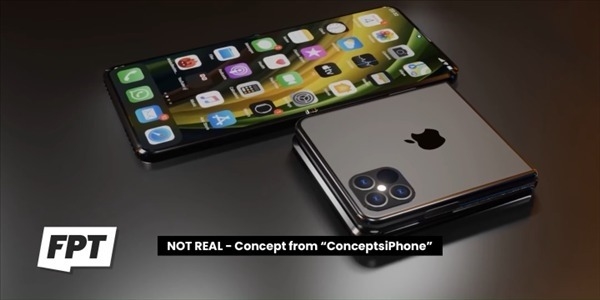 According to the latest news from @Jon Prosser, the first folding screen iPhone will use chemically strengthened ceramic protective glass. It will not break when bent, and can effectively reduce creases.

Previously, we have heard that Apple’s internally testing folding screen iPhone has two different solutions. One of them uses a dual-screen design. The body can be folded. But the screen does not support folding.

The other model uses a design similar to that of the Samsung Galaxy Z Flip, using the up and down folding option. And the screen will reach a size of 6.7 inches similar to the iPhone 12Pro Max after unfolding.

According to supply chain news, the folding screen iPhone will be equipped with a Samsung flexible OLED panel. Also, Apple will remove the notch, which has been used for many years.

Anyways, we have heard too many news about this handset. And often, they contradict to each other. Say we heard that Apple’s foldable iPhone will not use a foldable screen, but a screen similar to the iPhone 12 series. Two independent screens can be folded to achieve similar folding effect.

Which solution Apple will ultimately adopt is still uncertain. But many sources have indicated that it is expected that the first folding screen iPhone will be released in 2022. The price will start at US$1499.