In 2017, your Smartphone will get a new glass curve which can be more bendable and stretchy. This smartphone will have a foldable display screen, which is supposedly signed by Google.

Must Read: You’ve Been Searching Wrong On Google Your Entire Life

Google Flexible Phone: Google has signed an agreement with LG Display to discover a Smartphone, which is more flexible ever seen. These screens will permit you to use your phones like a book and will give you the real feeling of reading eBooks and watching the video.

Google Folding Phone: The South Korean news site Etnews, said that Apple and Microsoft have shown their interest to make an “out-foldable” screen Smartphone’s, which will consist of OLED technology. This will provide you complete screen. LG Display had already invented the working prototype board explains of having the “significantly high” technical smoothness. We can observe that the new devices are going to be launched very shortly. LG has already proved us by showing many bendable ideas in a number of events to broadcast its technology.

Google With LG: The widescreen TV was the target which had made for the immersive curved screen. This TV has made the LG company move up and nearly available in all over the place without upsetting playback or performance. The Flex and Flex 2 curved display Smartphone was also invented by LG and got high-rate by the observer. Flexible displays in smartphones will be an advanced design for the Smartphone developers all over the world in this upcoming year.

Must Read: Top 10 Interesting Tricks In Google Search For Fun

According to the rumor, Apple and Samsung are developing a curved or foldable screens devices. The Galaxy S6 edge and S7 edge are the smartphones which were the most appreciated design by both companies. This had been a guess by many observers that Apple will also go with its own curved device which will show alerts or notifications on the side of the phone. As we know that the world’s largest producer of OLED panels is Samsung, means if anybody wants to combine the design into new devices they will need to collide with the South Korean. 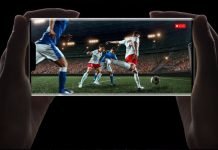