If you want to ensure your password and the data it protects is as secure against hackers as possible then be sure to read that Hackers Don’t Want To Share this Password Cracking Techniques With You. 2016 has been a great year for hackers and probably the worst year for the online firm/companies.

It does not matter how strong your websites security is or how famous your company is, these hackers will break into your security system and turn your system upside down.

We all know that if a file or folder is protected by a password that means it is definitely in a safe zone. Anyway, ‘myth’ is the perfect example for this password cracking techniques. To know, how these hackers cracked Yahoo, LinkedIn, and other major websites servers security, check out the techniques below.

1. Hacking Into a server

In a ‘man-in-the-middle’ attack, the hacker will hijack two machines communication like two clients, a router and a server etc. Then the hacker will prepare his computer and sets up like it is the legit one communicating and makes it look like both the clients are communicating with one another. This would allow him to view any information, which is in a plain text. That’s how the hacker gets your usernames and passwords.

Trojans are basically the malware programs, designed by hackers and spreading all over the internet with a bundle in an applications or software which a Windows or Mac victims (User) will use, basically these high-level trojans viruses are embedded within the popular applications, so when the user download any software from a untrusted website. He gets the malware, not the original app, and once he runs the app the hacker gets in the system in no time.

Mostly this technique is used by people, who don’t want to make things complicated. Because this technique doesn’t require any coding or programming knowledge. Just setting up a fake website and forwarding it to people who will do rest of the work. The only thing victims need to do is to open the link and fill up the blanks with personal info. 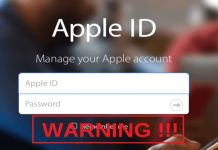 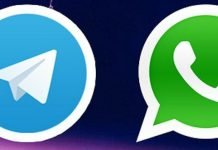 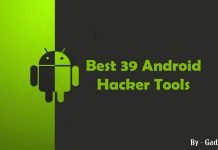