Talking about the new launches, Hisense A7F TV is the first TV with WiFi 6 support. If we compare the WiFi 6 network speed with the previous generation, the WiFi 6 is 2.7x higher speed then WiFi 5. Hisense A7F TV is also packed with a star-level camera that supports high-bandwidth six-channel video, AI fitness personal education, AR high-definition magic mirror, and other functions. Hisense A7 series include 75-inch and 85- inch models. Moreover, the 55-inch and 65-inch models of Hisense A7 series include the WiFi 6 support. 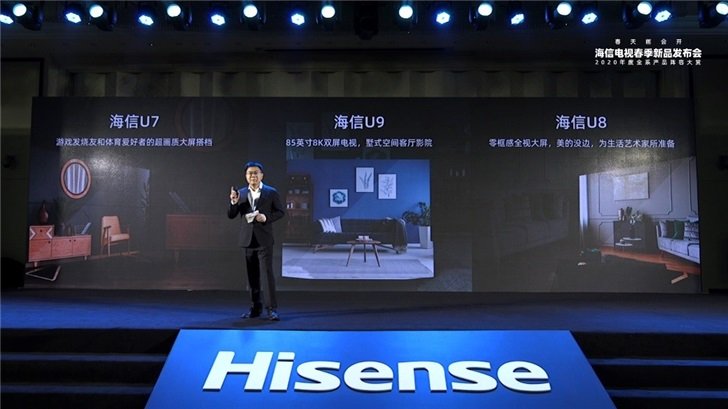 Hisense X-Series packs the futuristic technology i.e. AI technology. You can also do a multi-channel video calling on this TV. It has an NVIDIA’s GPU technology. The users in China can play online games like FIFA Online 4 and NBA2K Online 2 on Hisense X-series TV.

Now, talking about Hisense Laser, it uses the three-colour laser light for the laser display. The company claimed that full-colour laser TVs improves eye-protection comfort. Hisense laser Tv comes in two sizes, i.e. 75 and 85-Inches. The is packed with honeycomb bionic screen sound technology that is equivalent to a 100000-level vibration sound unit.