Honeywell manufacturer of industrial instrumentation equipment will soon release by June the world’s most powerful Ion Trap Quantum Computer. Consequently ‘Honeywell Quantum Solutions a subsidiary claims to have developed a new ion trap that uses ytterbium-171 ions as qubits and barium-138 ions for sympathetic cooling allowing the qubits to remain coherent for significantly longer than the competition. Further, The four-qubit device described in the preprint on arXiv has a “quantum volume”, QV, ( a figure of merit for a quantum computer. Developed at IBM, it considers the number of qubits, the degree of connectivity between qubits and the qubits’ coherence times (how long they survive)), of 16 QV but Honeywell will provide an upgraded version of 64 QV by this year surpassing IBMs’ 32 QV machine.

What is it really?

What is a quantum computer? It is a computer that represents information as a series of bits, called quantum bits, or qubits. Like a normal bit, a qubit can be either 0 or 1, but unlike a normal bit, which can only be 0 or 1, a qubit can also be in a state where it is both at the same time. When extended to systems of many qubits, this ability to be in all possible binary states at the same time gives rise to the potential computational power of quantum computing,’ according to a report by National Academies of Sciences, Engineering, and Medicine 2019 Quantum Computing: Progress and Prospects

Further, The report asserts that the principles of quantum mechanics, including Qubits, are described below.

A quantum object generally has both wave- and particle-like properties. While the evolution of the system follows a wave equation, any measurement of the system will return a value consistent with it being a particle. (This means that when measurement of the qubits state is done it collapses the two states into only one state i.e. particle state.)

Read More: Do You Know Which Computer Does Big Companies Provide To Their Engineers & Programmers

A quantum system can exist in two or more states at once, referred to as a “superposition” of states or a “superposition state.” The wave function for such a superposition state can be described as a linear combination of the contributing states, with complex coefficients. These coefficients describe the magnitude and relative phases between the contributing states.(This Is a manifestation of parallel worlds that exists and can be the source of the Quantum CPUs’ power)

When a quantum system’s state can be described by a set of complex numbers, one for each basis state of the system, the system state is said to be “coherent.” Coherence is necessary for quantum phenomena such as quantum interference, superposition, and entanglement. Small interactions with the environment cause quantum systems to slowly decohere. The environmental interactions make even the complex coefficients for each state probabilistic.

Entanglement is a special property of some (but not all) multiparticle superposition states, where measurement of the state of one particle collapses the state of the other particles, even if the particles are far apart with no apparent way to interact. This arises when the wave functions for different particles are not separable (in mathematical terms, when the wave function for the entire system cannot be written as a product of the wave functions for each particle). There is no classical analog to this phenomenon. (This is another manifestation of parallel worlds existing in the Quantum universe)

In 1995 by David Wineland, Chris Monroe and colleagues at NIST in Colorado made the first ever qubits from trapped ions. Monroe who is now with the University of Maryland says, “Back then, we were thinking, ‘Somebody smart in solid state physics is going to figure out how to scale this up, because to scale you have to have a solid-state system,’” This contrast with most commercial quantum computers that use superconducting circuits as qubits and have since become popular since they are from solid-state materials and built-in decades of semiconductor industry know-how.

“Superconducting systems had so many advantages they went through in years what had taken decades of work in trapped ions and rapidly surpassed them,” says quantum computing expert Barry Sanders of the University of Calgary in Canada. “The question is whether the golden era is gone,” he adds.

Monroe says: “It’s not going to be easy for trapped ions to scale, but we can predict with confidence that we’ll have better lasers, better integration with optical chips and ion traps themselves, better detectors, all these things, and I think having a big company like Honeywell involved is a big deal because they have a rich history of this type of engineering.”

The Future of Quantum Computers

As with all innovative technology Quantum Computers are in the cusp of a technological evolution into the realm of Science Fact what was before science fiction of human like Terminator Cyborgs and AI machines that will synthesize machines with higher intelligence that can synthesize and so on ad infinitum. 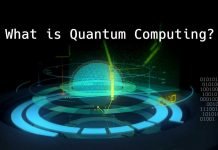 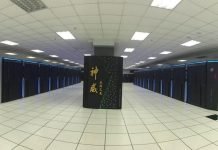 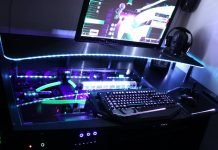