The Honor 4T Pro will come in three color options. Users can choose from Blue Water Jade, Iceland Fantasy, and Magic Night Black i.e black, blue and emerald. While the Honor 4T will only be available in black and emerald.

Honor Play 4T supports face recognition and fingerprint unlock features. It comes with a 6.39-inch screen and 2GHz Octa-Core Kirin 710A processor. It also weighs 176g and features a typical 4000mAh battery and a minimum 3900mAh battery. When it comes to the camera specifications, the device hosts a 48MP rear camera with LED flash, a 2MP depth camera and an 8MP front-facing camera.

On the other hand, the Honor Play 4T Pro uses a Kirin 810 chip. It houses an OLED pearl screen measuring 6.3-inch in size and a resolution of 2400 × 1080 pixels. It also uses a fingerprint sensor which resides under the display.

The 4T Pro also has memory storage of 6GB RAM with 128GB storage or 8GB RAM with 256GB storage. The memory is expandable with microSD up to 256GB. It also utilizes a dual-SIM (Nano) and runs on Android 9 Pie along with Magic UI 2.1. Honor Play 4T series is currently available through Vmall starting at $170 for the Honor Play 4T.

Related: Honor 30 Pro will be thinner than Huawei P40 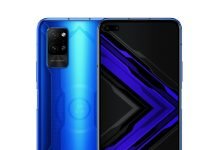 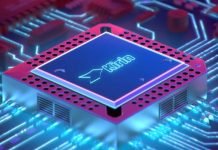