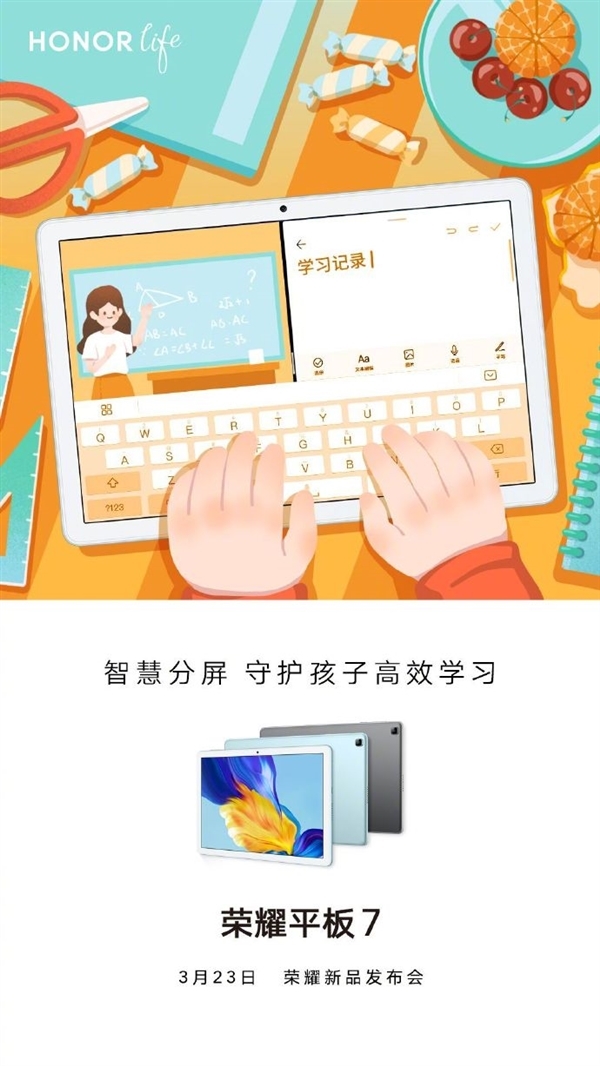 The Honor Tablet 7 is not a small tablet. But it’s quite logical when taking into consideration its target niches. So the company has decided to equip it with a 10.1-inch high-definition large screen that also has a resolution of 1920×1200.

In terms of performance, the Honor Tablet 7 uses the MediaTek Helio G series processor. It is based on a 12nm process, uses 2*2.0GHz A75 + 6*1.8GHz A55 core architecture, integrates the Mali-G52MC2 GPU, and supports MediaTek HyperEngine. As for the latter, the CPU, GPU, and memory resources can be redistributed according to the game scene to improve the game running experience.

In addition, the Honor Tablet 7 also supports smart split screen. The same screen supports up to 4 applications display at the same time – listening to lectures, checking materials, and taking notes do not affect each other. This is suitable for current distance education and learning. ​​​