We all have jobs, But we hate them why? Because we do them for income, when you do something with passion you enjoy it. Most of the people who graduate from tech side have 1 common thing in them. “Google” yes you heard me. On a daily basis, an average internet googlers has at least 7 things as per studies. But it doesn’t end there we all want to work with this company as bad as we want to breathe. But it ain’t easy, right? Well, let me help you with that. What if I say you that you can work for google. Yes, it happened to a software developer of from some company.

Here is the thing, Don’t you think such a massive company like google hire people from the internet? What are the possibilities? let me tell you 1 thing that google has got the best employees and they are not selected by attending an interview I can say with full confidence that these massive companies play a little game on the internet. When a software developer or engineer try to search something core about languages related things. It’s like an easter egg and I will show you how it works in this article.

How To Get A Job In Google By Its Secret Search

A senior software developer was fired from his company because of his silly mistakes. Well, he didn’t give up he started learning computer languages from the internet and one day he found something unusual when he was searching an issue about his language code. 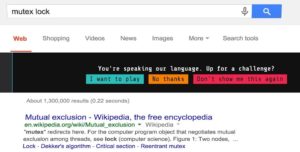 After accepting the challenge this thing happened and this process continues with the question and answers thing. 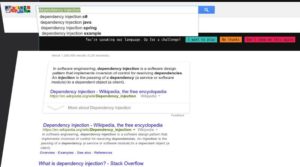 The browser acted weird and he was asked about playing a game like we have easter eggs in google “I’m feeling lucky” search bar. He thought its just a waste of time to play with it, Interestingly there was some black terminal with colourful letters asking a few questions and he found it surprising. He decided to play the question answer and he solved every question he got asked by the site and got leveled up. 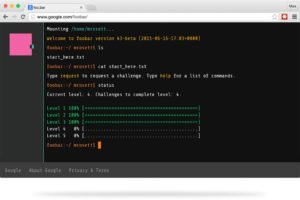 Here is an example of the questions and answers asked. Watch this pic below. 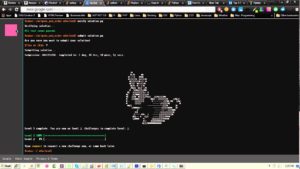 As he passed few levels he got a called from google and they asked him to prepare for a face-to-face interview. He was panic and frightened after the call. Since he is a tech guy his ultimate goal was to work for such a massive company like google.

The information about the question and answers are provided in the images.