Now a days everyone want his own privacy or you may say as be stay in private. But Today we will show you that how to Lock your any Folder with a GIVEN PASSWORD. The password that you will provide within the code using the notepad, don’t get confused you will be explained by using the below steps.

It is True but many application has come in the world of Internet but in every application there are little unwanted feature or service which we really don’t want to use or we do not want to share our computer privacy to the other company by using that application.

Created an awesome code which is really working, if your is not working then you may be using wrong code or have missed any steps, still have then feel free to use the below comment box.

1. First of all Copy all the code below listed and paste it on your New notepad.

2. Now save as “LockedApp.bat” and for that you have to click or select on All Files from below during the saving process of saving the file and after selecting that name the folder as said LockedApp.bat

3. Save it to the folder called “Locked” Recently we have Created.

5. Now Click on that File called “LockedApp.bat” and cmd will open and suddenly a file will be created called “Locked” in side the folder Locked.

6. So from now you can hide any secret files with password protected, Now put any File inside the folder which has just now created called “Locked” and after that go back and click on the “LockedApp.bat” to Confirm Password Protected.

And your Password is in Red Color in the code Later You Can Change it…. 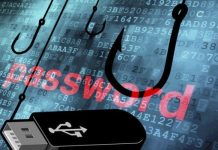 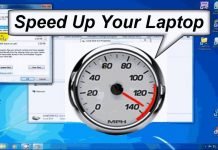 How To Create A Software That Clean/Speed-up Your Computer