Virtual reality is evolving at a breakneck rate, faster than you could ever have envisioned. Virtual Reality, also known as V.R refers to technology which uses opacity to remove any distractions. These are in turn replaced with as many of the senses from the world you are being put into as possible. These senses then replace your vision, olfactory, and even the tactile senses. Virtual Reality, therefore, gives gamers a reality that they would never have experienced under normal circumstances.

Gaming right now is unlike what it used to be back in the 80s and 90s. Developers have been able to apply new technology, and merge it with gaming and human behavior to develop games

which are so ‘real.’ It cannot get any more mind-blowing, and it is very exciting for old and new gamers alike. Those who are well versed with the gaming industry can see the leaps of growth through how Virtual Reality has been infused into the games. Virtual Reality gives you the ability to get out of this world, and into the virtual world that you want to experience.

With the best gaming glasses, you can go from being on earth to being in any other universe or planet that your game will be offering. Here are some ways, through which Virtual Reality has revolutionized the gaming industry.

When you are gaming, maybe just finishing off your opponent in Mortal Kombat, or scoring a goal on Fifa 19 for Manchester United at Old Trafford, you are not just a bystander anymore. Virtual Reality in games has ensured that you are not only getting the action from the sideline. Instead, you become a part of that world. You are brought on the scene, and you become part of the game through the simulation created.

You get a chance to view things from a different perspective other than your own because you are put right into the shoes of your players. With the possibility of being yourself or another person in the simulation in your game; your imagination juices are kept flowing, and therefore you can come up with different ideas on how to go around obstacles in the game. It is exciting.

V.R enables you to experience real and deep emotions as if events happening in the game, are happening to you in real life. Unlike watching movies on televisions where the most excitement that can be elicited from you is a feeling of guilt, sadness or happiness about what is going on in the movie, Virtual Reality really amplifies these emotions and you become part of the life in the game by just putting on your best gaming glasses when playing the game.

As you are part and parcel of the game, you are a witness to what is going on inside the game, and you have a responsibility to take when it comes to what is unfolding around you in this virtual world. Your gaming experience will be more fun because you will feel real emotions, and the fact that you play an essential part in the game will make you more excited actually to play the game. 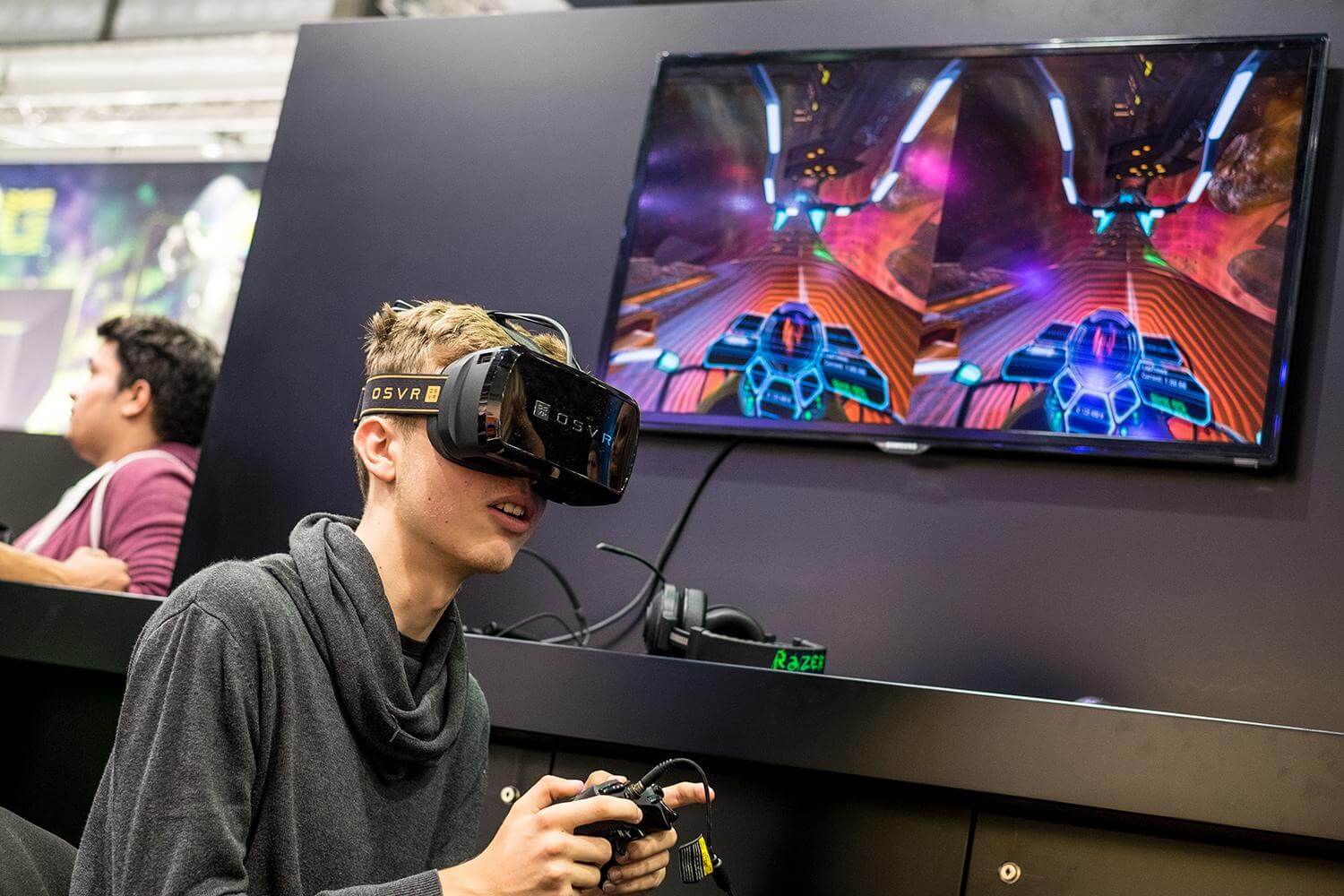 In the past, games were very traditional and the lead players very likable and cliché. These games were played on ordinary televisions which made the budget for the games huge. Thus the developers were not willing to take any chances and to try out new ideas for the games because they feared to make losses. Virtual Reality has however made gaming more innovative and entertaining to you as a gamer. Nowadays developers come up with games that are different and adventurous. The characters may not necessarily be likable, but the unusual twist to creating these characters makes the game more interesting, and you will want to explore and discover more for yourself.

You will also want more and more of the game because apart from the fact that the Virtual Reality simulation makes you feel that you are part of the scene; now you will be able to explore the game as a character in that game. When you are wearing your best gaming glasses and playing your game, Virtual Reality takes you to another world different from those around you. It makes the experience more exciting.

These are but a few ways in which Virtual Reality has revolutionized the gaming world. With just a pair of your best gaming glasses, and a good V.R game you can be able to experience different exciting new worlds, while still in the living room of your house.