People who desired for the HTC Desire Series back in its prosperous days were numerous. The air has changed with HTC, once an innovative and popular name in the smartphone world is literally obsolete nowadays. Despite putting multiple efforts in between, the Taiwanese firm couldn’t make a successful comeback. But it seems HTC hasn’t called it a day since it’s on a bid to revive the Desire series with the upcoming HTC Desire 20 Pro. 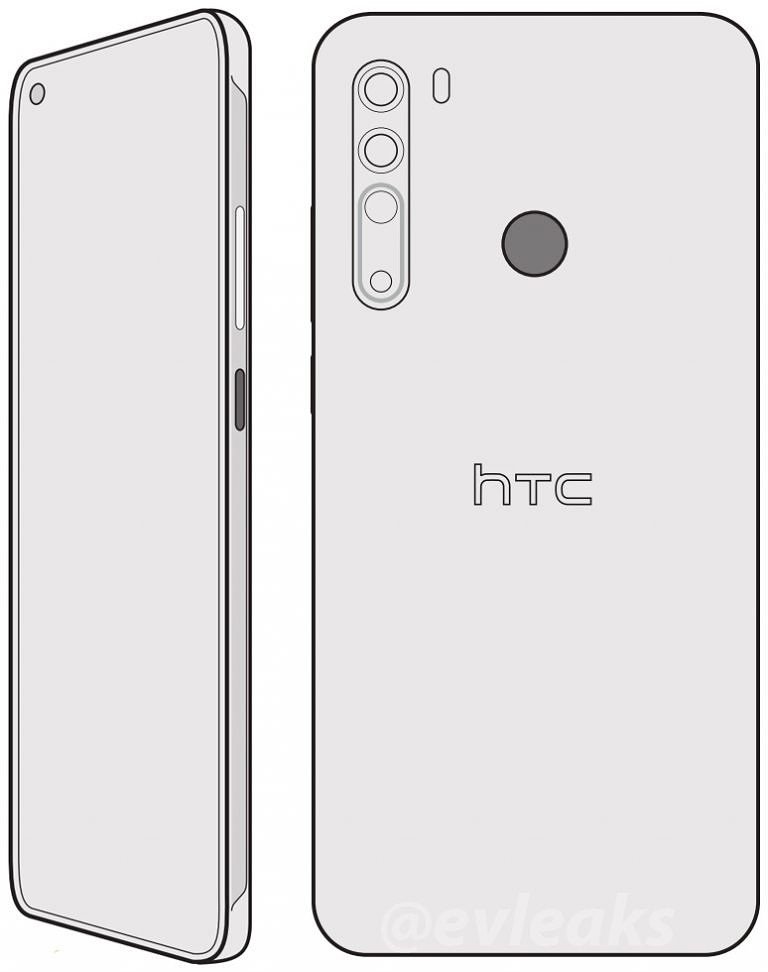 Must See: How To Download RUU Stock Firmware Android 8.0 For HTC U11

Courtesy to the prolific leakster Evan Blass, we’ve now what could be a plausible sketch of the HTC Desire 20 Pro. Literally giving us the first glimpse of its design. HTC is known for its catchy designs and build-quality during its good old days and this new leak could catch the attention of many.

The leak shows the phone to have a hole-punch display, which is quite a standard in modern devices, with the front-facing camera cornered to the left side of the display. The back features a quad camera setup aligned in the top corner and there does exist a rear-mounted fingerprint sensor.

Desire Series from HTC has been a mixed bag with both mid to low end devices. Judging by the current leak and the recent Geekbench listing which spilt the processor to be Qualcomm Snapdragon 660 Mobile Platform, the Desire 20 Pro should be a mid-ranger.

We’ve no idea when HTC is going to unveil the device. However, since the complete picture of the device is being exposed slowly, we expect the launch to happen anytime soon. Or else, these leaks can be just a false alarm and HTC may not at all have a plan to return in the smartphone game. What you guys have to say in this regard?

Related: SOLVED: How To Fix HTC U12 Plus Camera Issue