HTC is gearing up for the launch of its new mid-range Android phone i.e. HTC Desire 20 Pro. According to previous reports, HTC desire 20 Pro design is very similar to Xiaomi Mi 10 from the backside. And, on the front side, it looks like OnePlus 8. 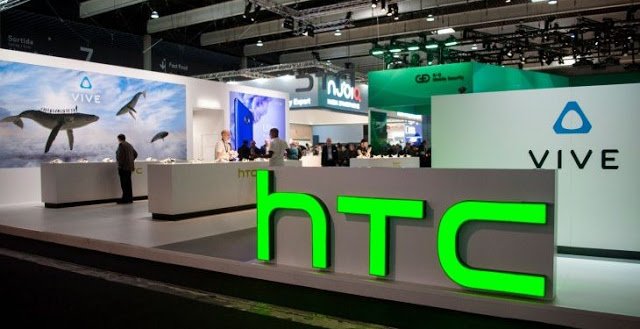 Today, HTC desire 20 Pro with model number HTC 2Q9J10000 spotted on GeekBench with a single-core score of 312 and a multi-core score of 1367. GeekBench listings show that it is powered by a Qualcomm processor most probably Snapdragon 660 or 665. It pairs with 6GB of RAM and runs on Android 10. 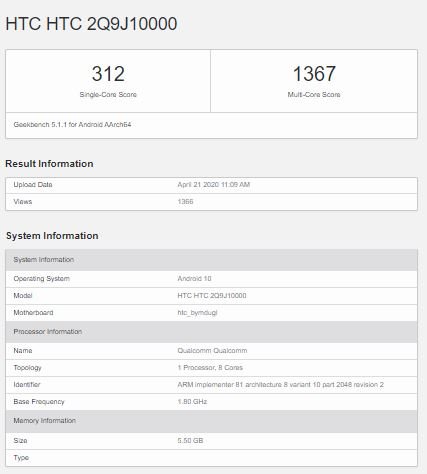 As we already told you that the new HTC phone’s front side has a very similar design to OnePlus 8. HTC desire 20 Pro has a single punch-hole camera on the top-left of the phone. The smartphone is also packed with a 3.5 mm headphone jack. It is expected to be launched in India and it is said that the smartphone will be priced at about ₹15,000.

Related: Hisense launches the A5 Series Smartphones Mobile Phones; ranging between Yuan 1699 and 1999

However, It’s worth telling you that last year, HTC has shut down its operations in India. The company takes this step to reduce the losses. Although the leaked specs suggest that HTC Desire 20 Pro will be a mid-range Android Phone. And if the company priced it aggressively, it might turn the fortunes of HTC in India. But we have to wait for the official launch and the price that is still unknown.