Back in 2009, there was no other smartphone maker equal to the Taiwanese HTC. But it could hold out only six months. Since then, this company couldn’t fix the situation. And every year, its annual profit drops significantly. So seem this company has nothing to do in the smartphone business. But this doesn’t mean it should try to capture some market share in other niches. As we know, it’s actively working on VR glasses. And today, a new leaked appeared on the net causing a stir around it. It turns out HTC has been working on its own TWS true wireless headphones. Let’s see what we can squeeze from these photos of the first HTC true wireless headset.

According to the spotted pictures, this headset is similar to the current mainstream true wireless headsets, with a semi-in-ear design. The appearance of the HTC true wireless headphones is exactly like Apple’s AirPods, and uses a pure black body.

In addition, the headset also comes with a rechargeable storage box, which uses a pure black design. The headset also comes with a Type-C interface data cable. In addition to more noteworthy details, it is inferred from the digging of the headset that this product will support the noise reduction function of the call. The charging interface of this machine is different from the bottom design of mainstream products.

The source posting these photos also revealed that the headset will be named the HTC U Ear. At present, HTC has not released news about this headset. So we will continue to pay attention to product developments and report on the latest developments in a timely manner. 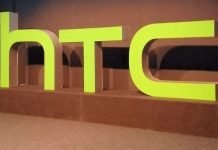