Last month, the HTC Wildfire E2 appeared on Google Play Console and after a couple of weeks, it was launched in Russia. It seems the same scenarios will work for the HTC Wildfire E Lite. Today, we learned that this handset has been spotted on the Google Play Console listing. So this not only indicates the phone will hit the market soon but also we can get acquainted with its key features 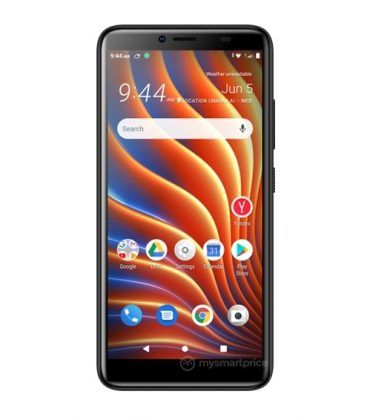 Say, according to the source, the HTC Wildfire E Lite will sport a MediaTek Helio A20 processor. But this is not the only noteworthy feature of the upcoming HTC smartphone.

Anyways, before we start digging in details, you should know the HTC Wildfire E Lite will be a low-end smartphone. It will feature a 2GB of RAM. But there is a possibility that it will have other memory variants as well. As said, inside, the handset will carry the MediaTek MT6761D (Helio A20) processor. The latter has 4x ARM Cortex-A53 cores clocked at 1800MHz. It integrates a PowerVR GE8300 GPU. 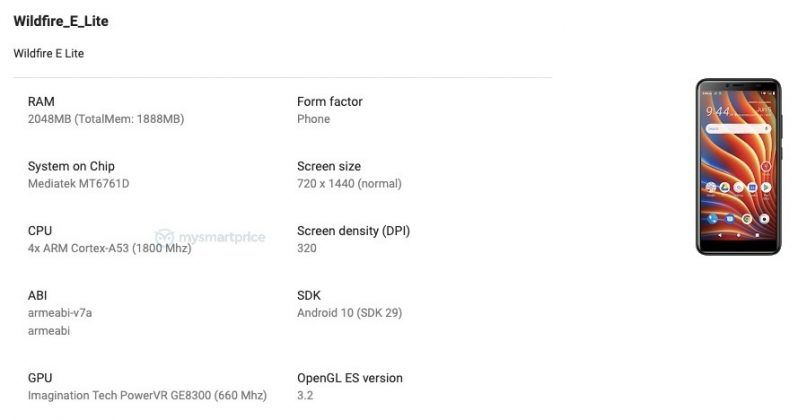 On the front, the HTC Wildfire E Lite will feature a 720 x 1,440 pixel display and a screen density of 320 DPI. And as expected, this is not a top-notch display. It has thick bezels at the top and the bottom. The phone will run the latest Android 10 OS out of the box.

This is all we know about the upcoming HTC entry-level smartphone. And there is no launch date yet. But as usually happens, we will be getting more and more news once it starts approaching. 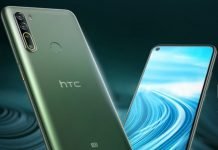