Recently, IDC released the sales data of the global smart wearable market (including the smartwatch market) in the first quarter of 2020. According to the report, there were over 72.6 million units shipped in the mentioned period. This is a year-on-year increase of 29.7%. 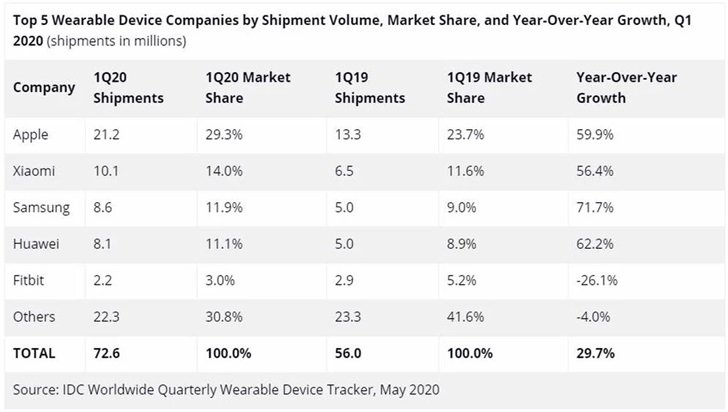 As you can see, all manufacturers’ shipments increased a lot. Simply put, there are two reasons for this situation. First, the overall market grew and each manufacturer got its own piece from the cake. Second, many small and unstable brands were pushed out. And there are only bug players left in the market. 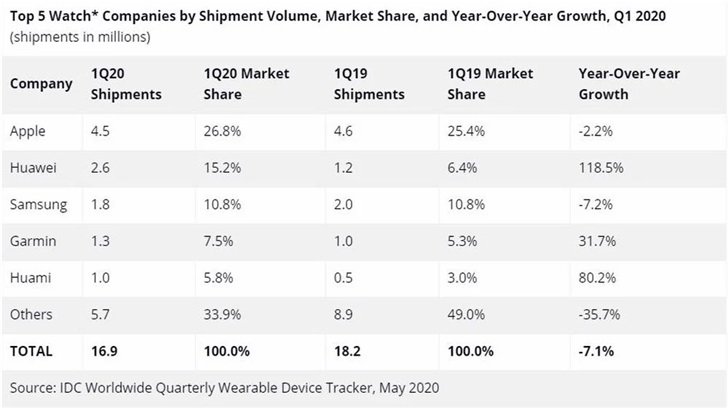 What about the smartwatch market?

For the smartwatch market, Huawei’s and Huami’s growth is obvious. They have almost doubled their sales. And as a result, they have grabbed bigger market shares.