According to the announcement of the State Intellectual Property Office of China, the invention patent for “a method and equipment for repairing glass scratches” applied by Huawei Technologies Co., Ltd. was passed on December 22. The patent was filed on June 20, 2019. It demonstrates the scratch detection and repair process of smartphone screen glass. 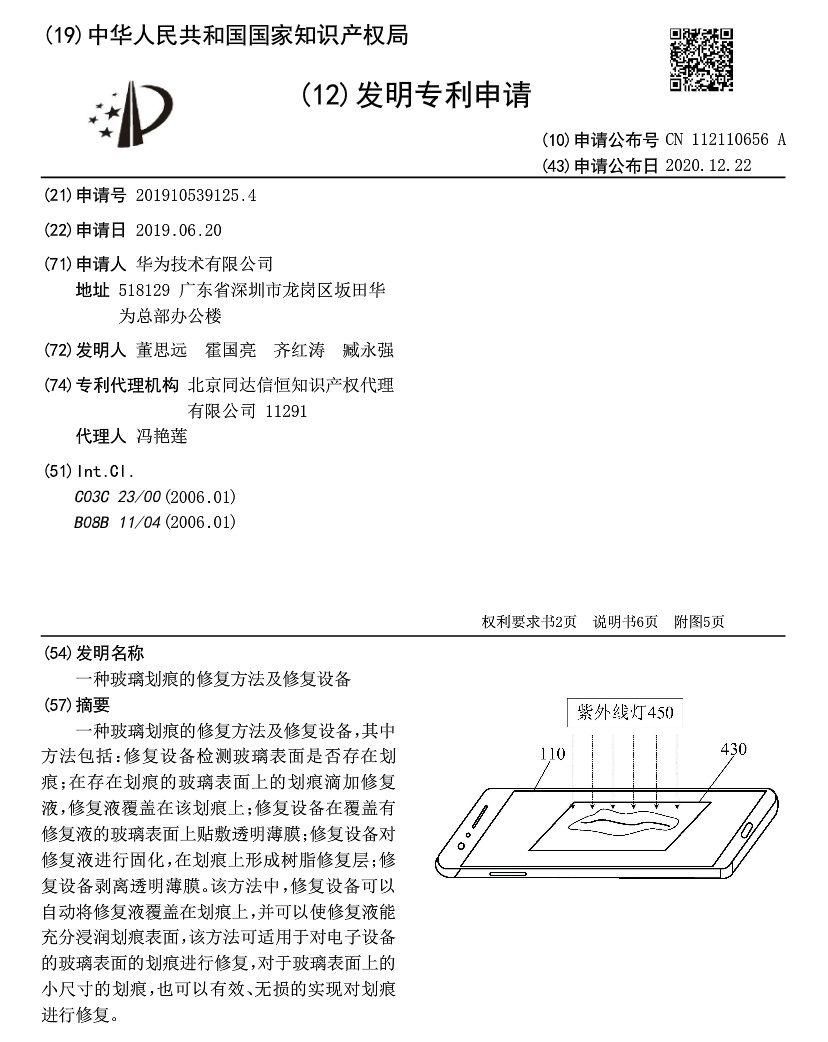 After dropping the repair agent, the machine can automatically cover the transparent film and use the rubber roller tool to roll on the film to make the repairing liquid evenly covered. Then, he can use 320~420nm ultraviolet light to irradiate and cure to form a resin repair layer. According to the patent description, the adhesive force of the repair solution on the glass surface should be greater than that of the transparent film. This can ensure that the resin repair layer will not be damaged when the film is peeled off.

Although smartphones currently use high-strength tempered glass, they are still prone to scratches in daily use. Previously, third-party smartphone repairers used polishing to remove scratches. But this method would completely destroy the screen surface coating.

As a reminder, a few months back, Huawei released an automatic disassembly platform. It uses non-destructive materials with high adsorption and good thermal stability to integrate into the platform design. There is also an intelligent dual temperature control system, which can monitor the temperature changes in the operating area of ​​the system in real time to ensure the temperature during the heating process. The stability of the system can also automatically protect the user’s smartphone from overheating factors. Huawei’s automatic disassembly platform can complete the disassembly of the smartphone in 6 minutes. As the name suggests, the entire process is automatic.