Huawei dethrones Samsung to become the No.1 smartphone maker in the world according to Canalys. This is the first time in the last 10 years that a brand has managed to outsell Samsung and Apple and grab the top spot. 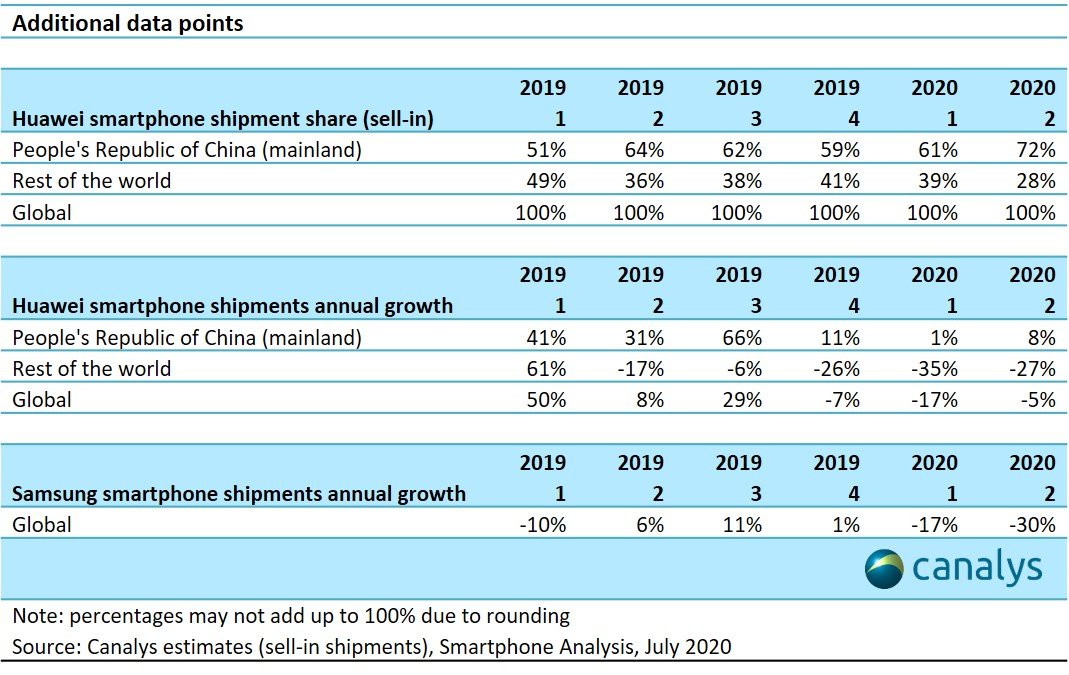 Earlier USA cornered Huawei with multiple restrictions, which made it harder for them to operate in the Global markets. But they happen to have a trump card all along, their mainland China, the biggest smartphone market. With over 70% of smartphones sold by Huawei during this time were in China alone.

Huawei shipped around 55.8 million devices, but they had a Year on Year degrowth of 5%. At the same time, Samsung managed to ship 53.7 million smartphones, with six times the degrowth of Huawei, i.e. 30%. Had Samsung not suffered such huge degrowth, things would have been different.

With China managing to control the pandemic in its early stages. Huawei took advantage in its home territory. Samsung merely has 1% of market share in China, but it was severely hit in its top markets such as Brazil, India, the United States and Europe, where the pandemic has been severe.

Also considering the fact that this scenario would not last forever. With the COVID-19 restrictions coming at an end, the markets will operate in full swing. The lead is considerably slim to sustain for a longer period of time.

Huawei will still have a hard time convincing its global audience for the absence of any Google Mobile Services, despite its reliable hardware. Developments of its Play Store alternative is already in works.

Nonetheless, it is at the mercy of mainland China which is indeed keeping its hopes alive to fight against the global markets. But China alone cannot contribute to keep it as the top smartphone brand once the global markets recover from this pandemic.