A few years ago, Huawei took a new direction in making 5G equipment. But as we know, smartphones are going to be replaced with larger screen products in terms of ‘other products control centre’. Particularly, we are talking about smart TVs or as Huawei calls smart screens. In this sense, more portable devices are going to take over. And that’s not difficult to guess we are talking about smart wearables, such as smart bands and smartwatches. In this sense, Huawei has already released a number of similar products. But new models are on the way as well. As a Weibo blogger proves Huawei will launch new smart wearable products, codenamed the Huawei FDS (smart band) and the Huawei STIA (smartwatch).

Also Read: Worldwide smartwatch shipments grew by 12%, according to Canalys

However, prior to this, Huawei launched the Huawei Band 4 Pro last year. The latter uses a 0.95-inch AMOLED colour screen, supports NFC functions as well as blood oxygen saturation detection. Regarding the new Huawei smartwatch, it is reported that Huawei plans to release the Mate Watch smartwatch in the second half of the year. Earlier this year, Huawei submitted a trademark application called ‘Mate Watch’. So most likely, we will see this product.

OPPO Is Working On Full-blooded Version Of Snapdragon 865 Chip 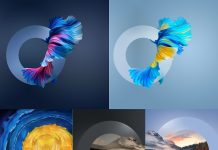 OPPO A33 landed in India, coming with Snapdragon 460 processor