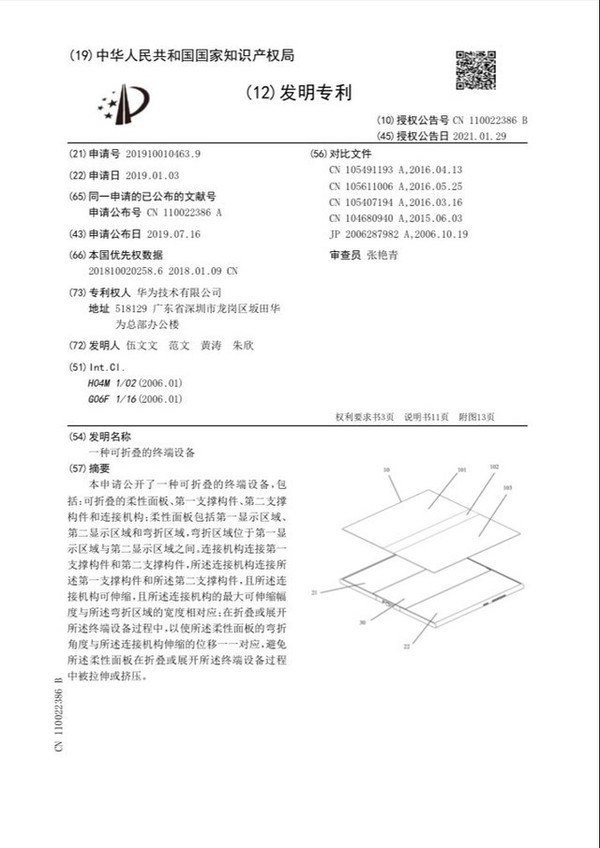 Judging from the content of the patent documents, Huawei has applied for the registration of a “foldable terminal device” with the State Intellectual Property Office. From the description of the patent content, we can learn that this is a foldable terminal device. The device is divided into multiple components. They include a foldable flexible panel, a first supporting member, a second supporting member and a connecting mechanism.

The most important thing is that the maximum scalability of the connecting mechanism corresponds to the width of the bending area. The bending angle of the flexible panel corresponds to the extension displacement when folding or unfolding, which avoids the flexible panel being affected by the folding / unfolding operations. Judging from the patent schematic diagram, Huawei’s patent should use an in-folding solution. But it is uncertain whether this folding screen smartphone will be mass-produced. 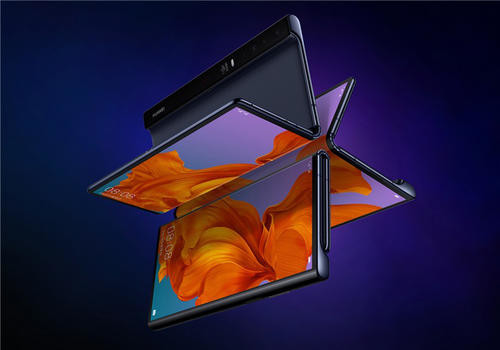 Well, before Huawei grants various patents for folding screen smartphones, today, we heard that its next phone from this series, the Huawei Mate X2 will hit the market later this month. This is quite surprising because we knew there had been many production difficulties that pushed the launch date far back. Now, it turns out this brand wants to take lead at least in the domestic market. We mean previously we heard three Chinese brands (Xiaomi, OPPO and VIVO) will release their own models this year. Moreover, the Xiaomi model will be the cheapest one.