Huawei Honor 8 is the popular smartphone with bunch of high-end specifications but as per the user’s view, they don’t like much only because of few things and that is the FM radio and it has single SIM slot. There is a lot of things available on this phone that will attract your attention on this phone, the half price of iPhone 7 is popular for its dual camera shots.

Honor 8 has i5 sensors hub that reduces the power consumption for long life battery usage by offscreen loading tasks such as step calculation, voice recognition and mp3 music decoding. Honor 8 has some good features that helps to expand the battery life.

The phone honor 8 comes with NFC, the camera of Honor 8 includes a 12MP of dual rear camera with dual sensors on camera for better quality in every angle, The dual 12MP Sony IMX286 sensors are powered to record video using EIS software with 1080/60p with an Auto laser-focus.

But Now At Huge Discount

Details Explanation of the device: Pros And Cons

Good On Honor 8:
The Honor 8 definately a very impressive looking smartphone with Great camera performance when it comes to dual lense camera with dual sensor, it has an amazing system performance, it get regular updates, the phone IR blaster is nice addition and much more – it has MicroSD card expansion in 4GB of RAM smartphone

Bad On Honor 8:
It has a single speaker on the right just after the USB type-C charging port, the speaker is decent but sound gaunt and distorted. Internal inbuilt softwares need some updates. The battery is vitality as lack of long usage. The back glass can be slippery. The best part of this phone is the Rear Camera And Concept Design.
(Every phone has some bad and good stuffs)

So, what you have liked about the phone Honor 8 please do mention in below commenting box, Huawei Honor 8 was an outstanding smartphone since October 2016. Its basically popular for the design and the camera, don’t forget to watch the video below. 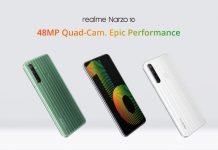