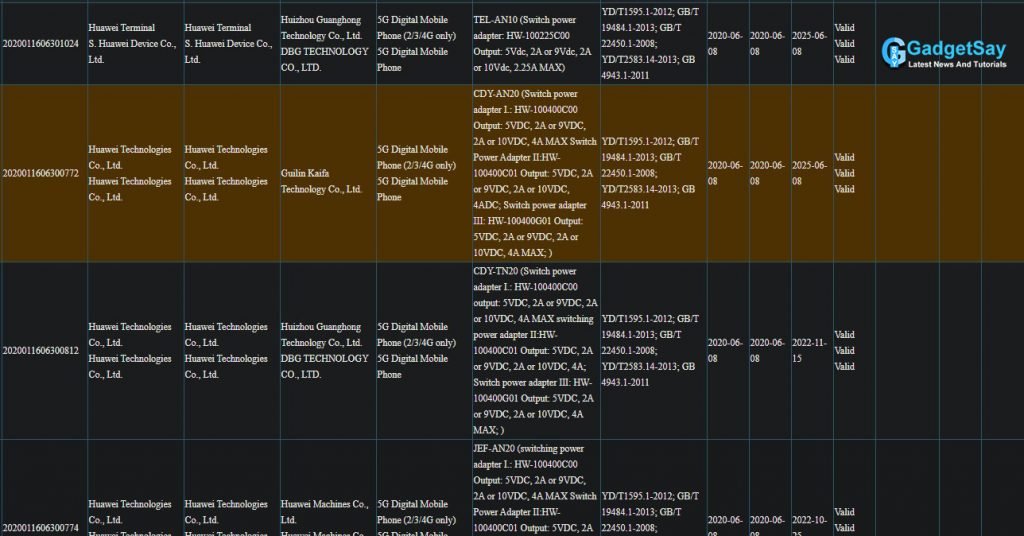 Must See: Huawei Enjoy 20 Plus rumored to come on June 24

Apart from the 40W charging support, there’s hardly any information about any of the above smartphones. Precisely, the smartphone bearing model number TEL-AN10 will feature only 20W charging. Other details about the smartphones are hardly known as of now.

Many other smartphones with similar model numbers appeared on the 3C certification a few days ago. The list included CDY-AN95, CDY-TN95, JER-AN20, and BMH-AN20 devices. 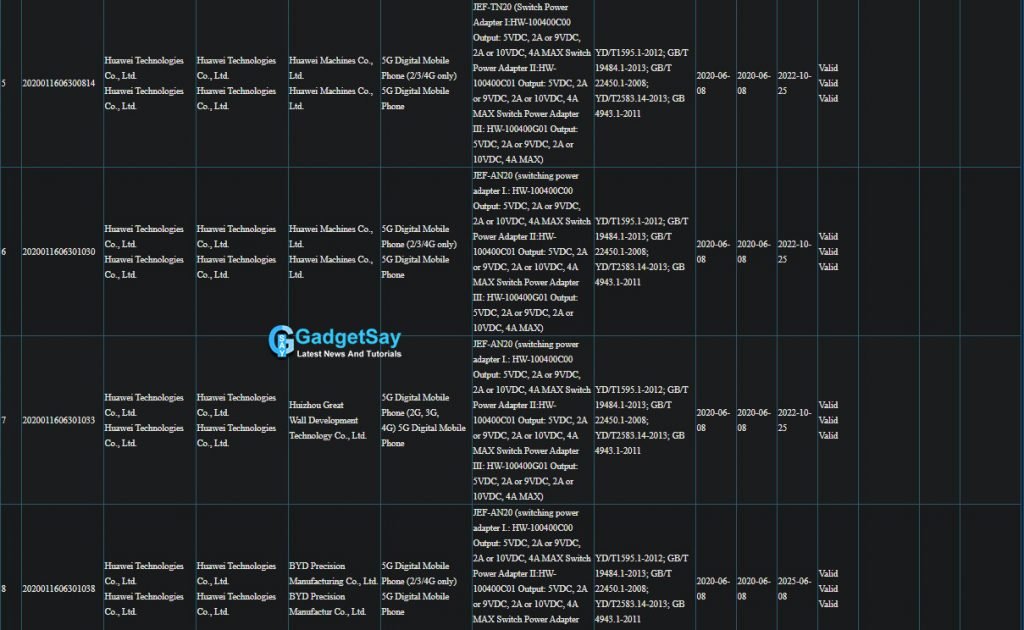 The smartphones featuring 40W charging would be some high-end flagship smartphones. However, we can’t speculate as there’s dearth of information about these models.

Apart from these new smartphones, Huawei is in holding a lot more that is yet to launch in the upcoming few days. Huawei is preparing a 150x zoom lens on the upcoming P-series smartphone. Moreover, Enjoy 20 Plus rumored to come on June 24, and P50 Pro concept renders were recently revealed and it looks like Nokia 7610.

We have to wait for some more time, to get more information about the names of the above mentioned Huawei smartphones.

Related: Huawei MatePad Pro disassembled: Only 2% of components come from US