The Huawei Mate 40 series is currently facing uncertainty. Huawei’s consumer business CEO Yu Chengdong said in response to when the new phone will be released: ‘Please wait for a while, everything will arrive as scheduled’. 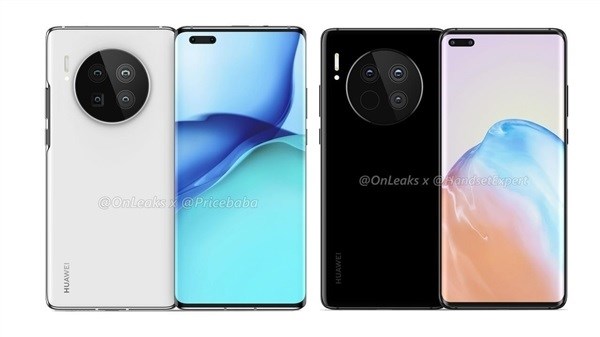 This simply means the upcoming flagship will hit the market quite soon. But the first indicator of a forthcoming launch is the certification. So has the Huawei Mate 40 passed various certifications? It seems yes. The new phone seems to have passed NBTC (Thailand) and the Eurasian Economic Commission (Russia) Bluetooth certification. In the device list, there is a model NOH-NX9, which is believed to be the Huawei Mate 40 Pro. The same model also appeared on Bluetooth Launch Studio. 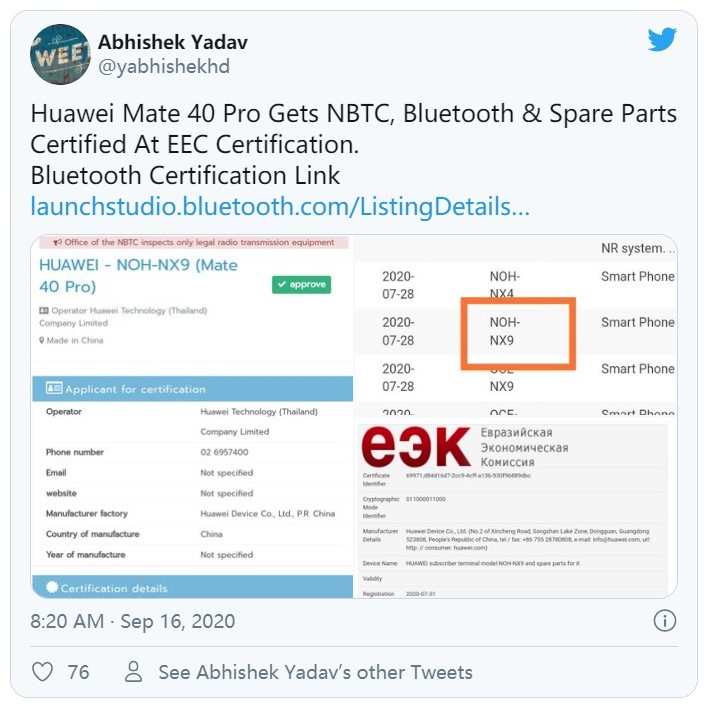 Also Read: Huawei Mate 40 to have two chip versions because of US sanctions