After half a month of promotion, on the first day after the holiday, Huawei officially announced that the new folding screen flagship Mate X2 will officially meet with you on February 22.

Today, Huawei’s official Weibo stated: “Everything is mate. Only irregularities can redefine the rules. At 20:00 on February 22, the Huawei Mate X2 will show its imagination.​​​“ 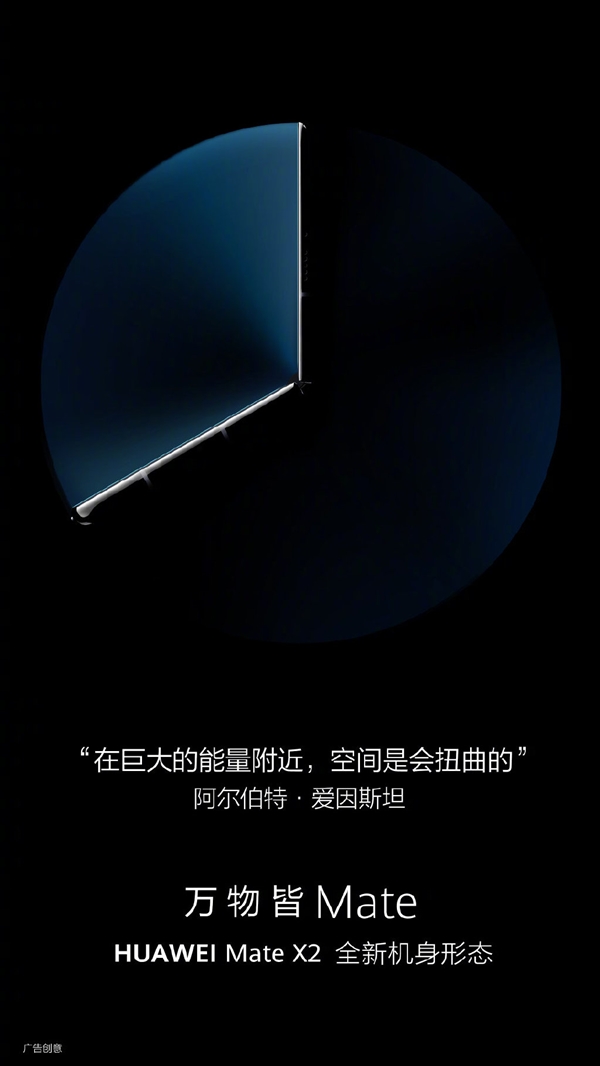 The promo poster quoted from Albert Einstein: “The space will be distorted near huge energy,” and confirmed that the new machine will adopt a new body shape.

The poster also showed the side design of the new machine. One side is thin and the other is thick, which is suspected to be able to rotate 360°. Some users believe that it is not difficult to achieve 360 degrees of rotation, but the difficulty is how to ensure the screen quality and creases after achieving 360-degree rotation.

It is expected that the screen material and hinge technology will be further upgraded to achieve a better folding effect.

The camera upgrade is a major focus. The front camera has a 16MP resolution, while the rear quad-camera has a 50MP+16MP+12MP+8MP lenses combination. Also, it includes a periscope telephoto lens, which supports 10x hybrid optical zoom.

Bruce Lee, vice president of Huawei’s smartphone product line, said before: “We have introduced many unique innovations in this generation of folding machines, and have also improved the core experience. It is the strongest flagship that we deserve. Please stay tuned.”