In April, Huawei released the Nova 7 mid-ranger in China. And today, we learned that it has passed the NBTC certification. This simply means the device is ready to hit Thailand in the nearest future. 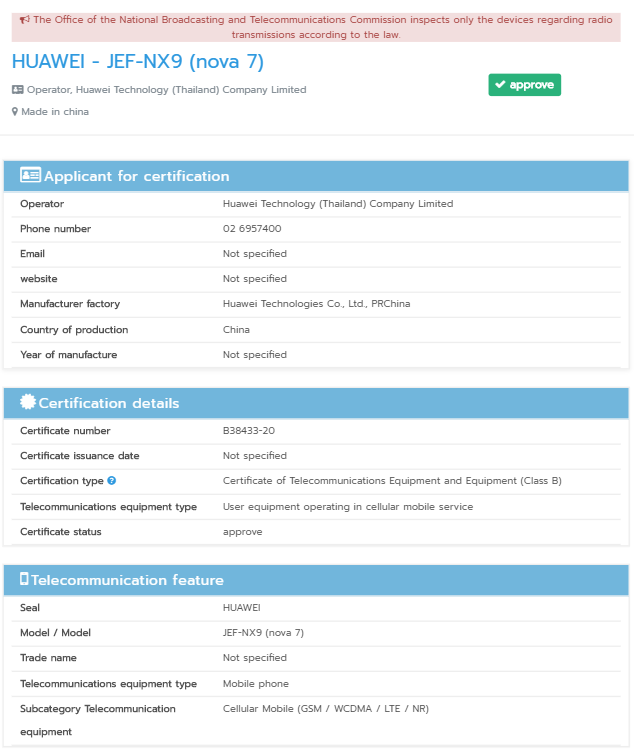 The Huawei Nova 7 has been known for the Kirin 985 chip. As you remember, it was the first to carry this chip under the hood. The Kirin 985 is manufactured using TSMC’s 7nm process. It integrates a single-chip 5G baseband. This SoC supports 2G / 3G / 4G / 5G network standard as well as dual-mode NSA / SA 5G. The theoretical maximum downlink rate is 1277Mbps and the uplink rate is 173Mbps. As a reference, the combination of Snapdragon 865 + Snapdragon X55 is about 40% and 75% faster, respectively. 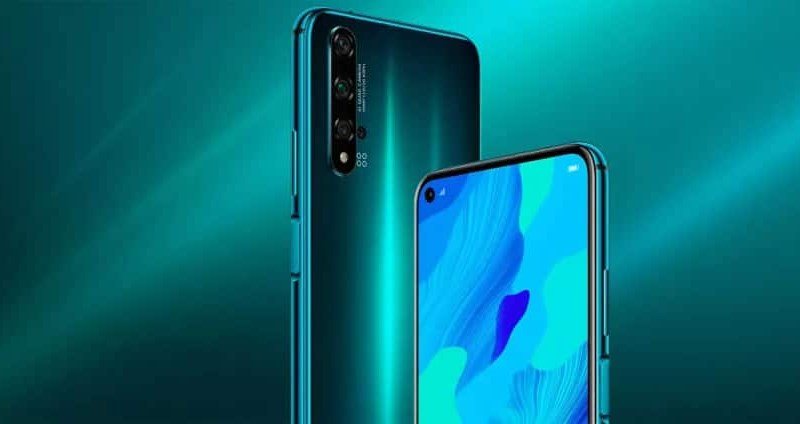 The battery has a 4000mAh capacity, which supports 40W fast charging. Say, it can charged 75% of the battery in 30 minutes. Plus, the phone also supports reverse charging at 5W.

Interestingly, the Huawei Nova 7 comes with EMUI 10.1 based on Android 10. And instead of GMS, it uses its own HMS. Thus, you should be aware there is no Google Play services. But we should also point out that HMS doesn’t yield GMS at all. Even recently, we learned that it has 1.4 million registered developers. In terms of HMS strategy and future, the company has announced it will focus on building HMS ecosystem starting this year. And we see that the company’s plans succeed.